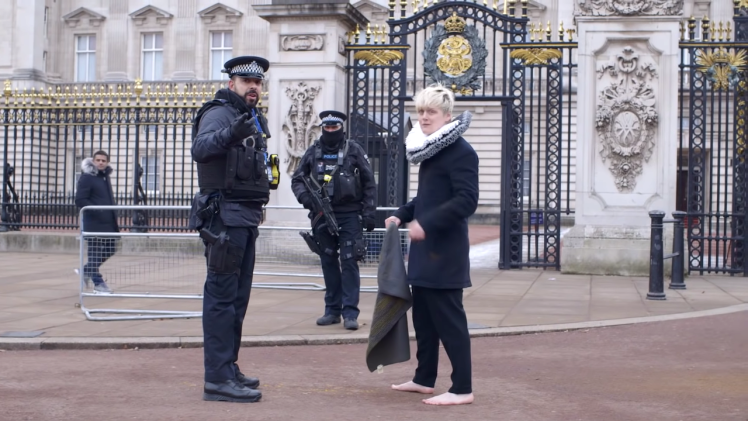 Prankster Oobah Butler (previously), who also works as a freelance writer for Vice hilariously tried to break as many seemingly ridiculous, ancient British laws while in the presence of police, military and other forms of official security.

Some of the laws that Butler broke include handling a salmon suspiciously, gambling in a library, shaking a dirty rug in public, wearing an outrageous ruff, being sockless within 100 yards of the queen and singing a lewd ballad in public. Despite his illegal actions, Butler remained arrest-free.

Britain is an old-fashioned, weird place, and its esoteric laws are among the most ridiculous things about the place. From it being illegal to handle a salmon suspiciously, to the threat of having your head chopped off for wearing a suit of armour in Parliament, VICE’s Oobah Butler sees if anyone takes any of these laws seriously by trying to break as many as he can—in front of policemen.