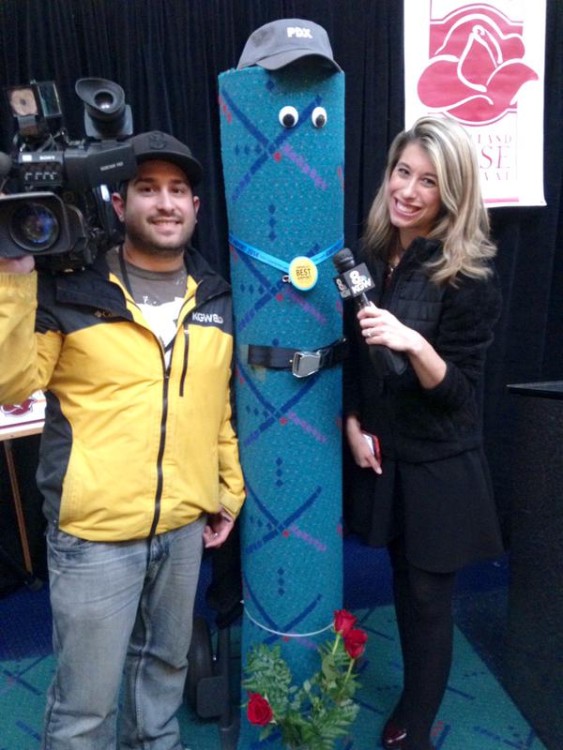 The Starlight Parade, an annual event during Portland, Oregon’s Rose Festival, has a new grand marshal for 2015, Petey the PDX Carpet. Rachael Rafanelli of KGW captured some photos of the new marshal, who comes complete with an airplane seatbelt and googly eyes. Petey’s even already met leader of North Korea Kim Jong-un thanks to a goofy Photoshop job by Ancient Portland.

The iconic green and blue carpet at Portland International Airport (PDX) was designed by SRG Partnership and installed in the airport in 1987. It has developed a cult fanbase made of Portland residents and regular visitors, being the subject of tattoos, a full line of carpet-pattern products, a Facebook fan page, hand-dyed yarn, its own Twitter account, and many, many Instagram photos of feet.

Last year, PDX started the process of removing the decades-old carpet for a replacement with a completely new design, much to the dismay of many locals. The removed carpet is being distributed in 1,000-yard lots this May to four Portland groups who have the opportunity to cut and resell the carpet to the public if they choose.

Petey and the rest of the Starlight Parade can be seen in Portland on May 30, 2015. 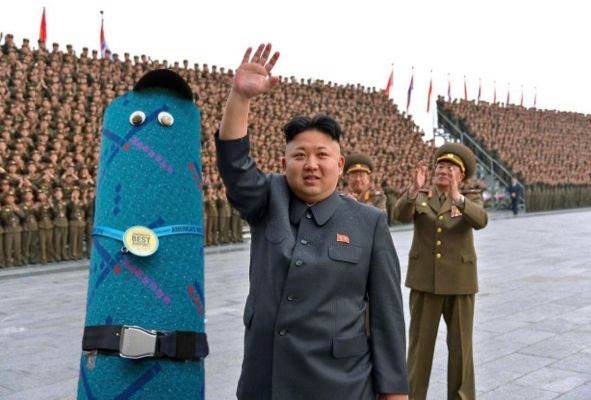 It has been brought to my attention that they've officially started work on tearing out our beloved @pdxcarpet. When I was informed of this news, I felt my heart sink. I knew the day was coming, but found I wasn't the least bit prepared when it did. A big thanks to this kooky Portland entity for being there with a wild, colorful greeting whenever I arrived home. Another big thanks to Jesse Enz at Ritual Arts tattoo for helping to make sure I always have a little piece of the carpet with me wherever I may travel. Carpet, may you serve a purpose as excellent as the one you've had all these years, as whatever they recycle you into (though I kinda doubt it) ???? farewell ????????

Hello, carpet, my old friend. I've come to walk on you again. pic.twitter.com/GTYIjvL1KA 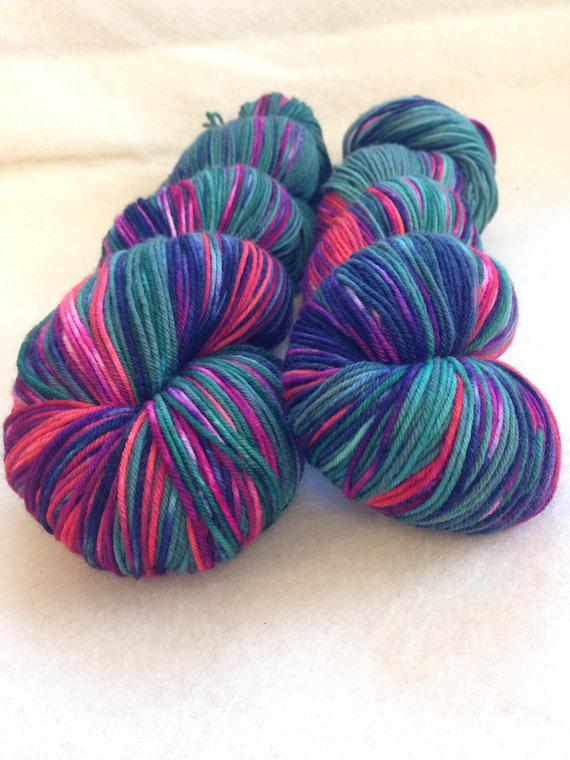