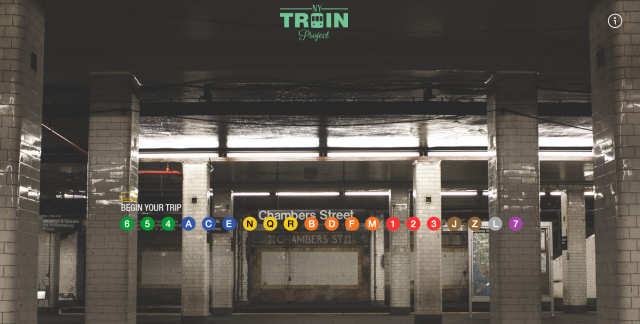 Adam Chang, a freelance art director/designer, has created the “NY Train Project” a wonderful online historical gallery that pays tribute to the varying mosaics and illustrations of all the subway stations in New York City. The site allows the visitor to pick a specific subway line to learn more about the artwork along with a bit of trivia related to each station. According to Adam, the idea came to him randomly as he was waiting for a train.

One day while waiting for the 6 train at the Bleecker stop, I began to notice the intricate details of the carefully placed tiles in the station sign. Which led me to noticing other station signs and how they were all different, infused with the personality of the neighborhood. I decided that I wanted to share this with others by creating an online gallery of subways stations in NYC, starting with Manhattan. I hope this gallery can serve as not only a tribute to the history of the subway stations but also as a quick guide to getting around New York via the MTA. 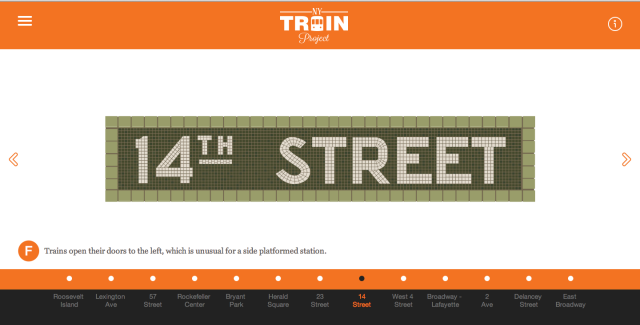 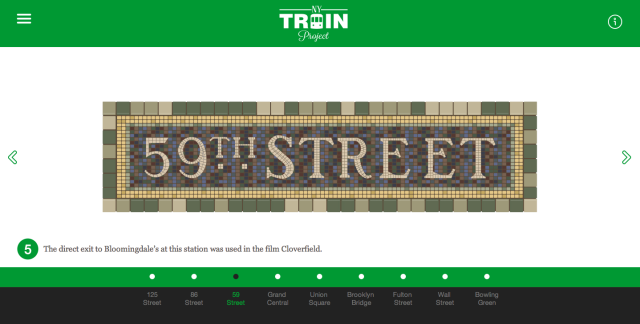 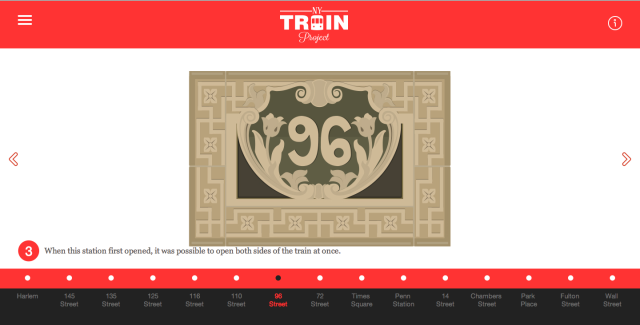