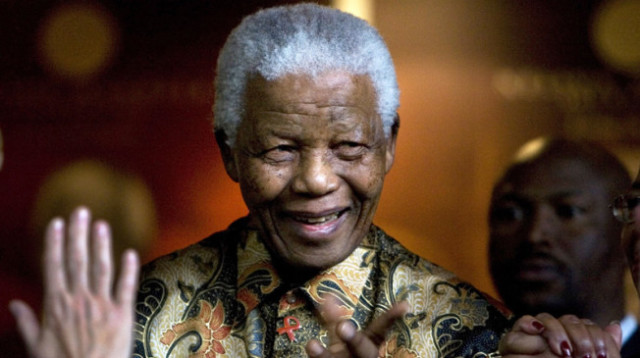 Nelson Rolihlahla Mandela the anti-Apartheid revolutionary, humanitarian and former President of South Africa, has died today at the age of 95. As an activist in the early sixties, Mr. Mandela was charged with inciting riots and spent over 28 years in prison before he was released in 1990. His release coincided with the fall of apartheid. Following his time in jail, Mr. Mandela became the first non-white President of South Africa in 1994, serving only one term. Since that time, Mr. Mandela was involved with various charities, including the eponymous Nelson Mandela Foundation who issued the following statement regarding his death.

It is with the deepest regret that we have learned of the passing of our founder, Nelson Rolihlahla Mandela – Madiba. The Presidency of the Republic of South Africa will shortly make further official announcements.

We want to express our sadness at this time. No words can adequately describe this enormous loss to our nation and to the world.We give thanks for his life, his leadership, his devotion to humanity and humanitarian causes.

We salute our friend, colleague and comrade and thank him for his sacrifices for our freedom. The three charitable organisations that he created dedicate ourselves to continue promoting his extraordinary legacy.