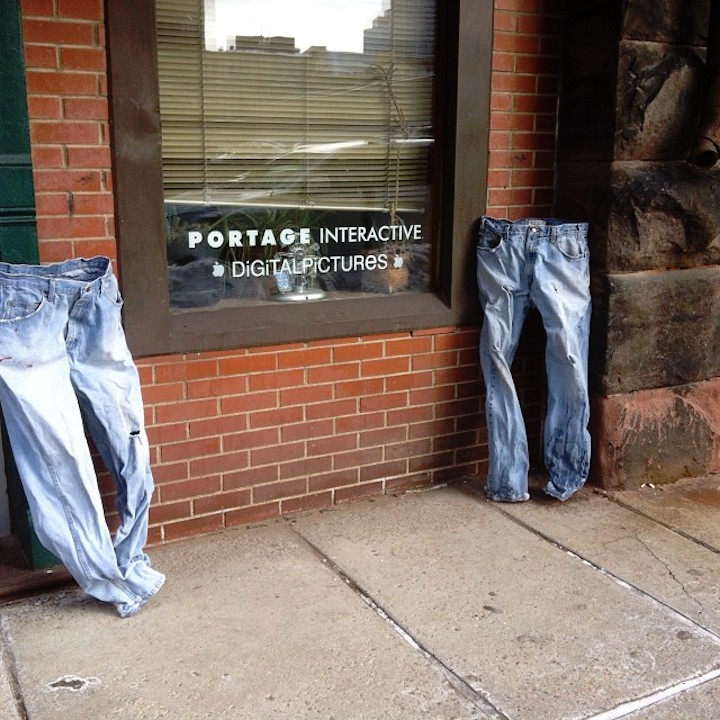 Tom Grotting, prankster and member of the “Polar Vortex user group”, likes to entertain his Minneapolis, Minnesota neighbors with a group of strangely anthropomorphic pants he calls “the fellas”. The jeans, which have been frozen stiff in water and then posed around the neighborhood as ad-hoc statues. Grotting told Good Morning America that he started this project when the Polar Vortex hit his area a while ago, but now it’s mostly for a favorite neighbor.

It was just on us for weeks on end so I took advantage of the Polar Vortex and froze some pants. …You can usually wear them again – it’s not unlike washing your clothes – but in this case they ended up getting kind of ratty because I kept doing it. … mostly do it for my neighbor, Diane. …The winter gets a little long and she doesn’t like winter very much so it’s mostly entertainment for Diane. 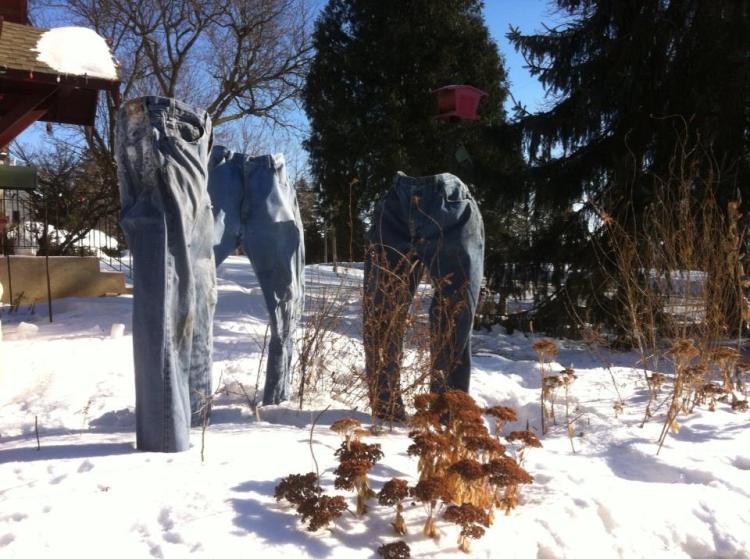 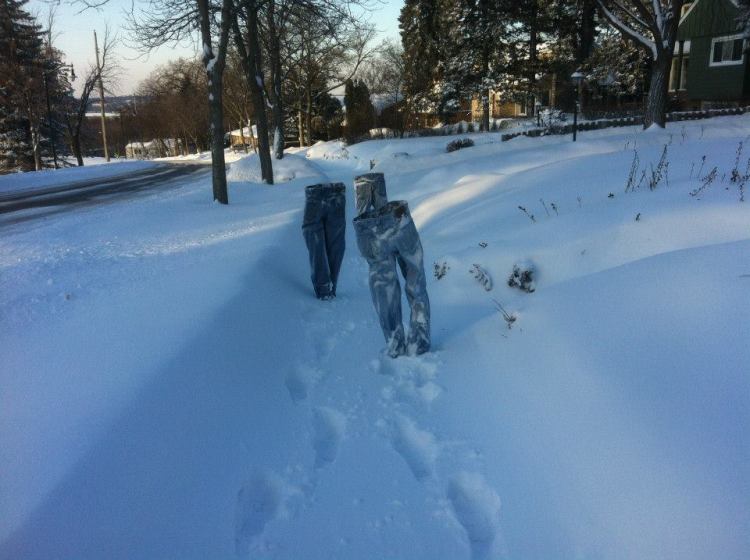 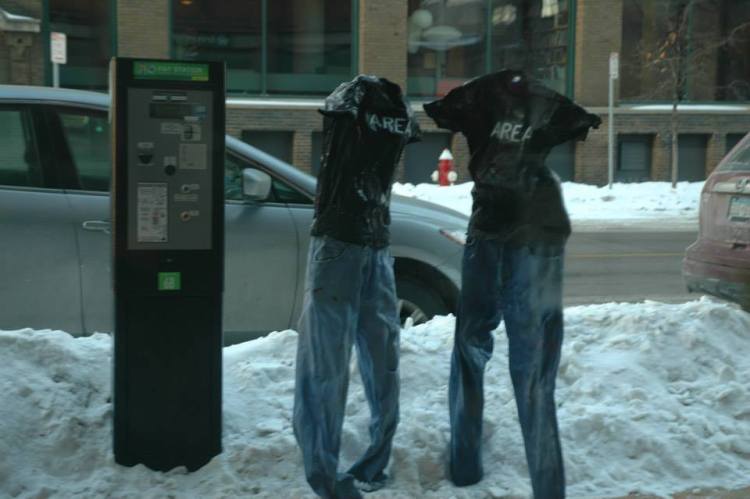 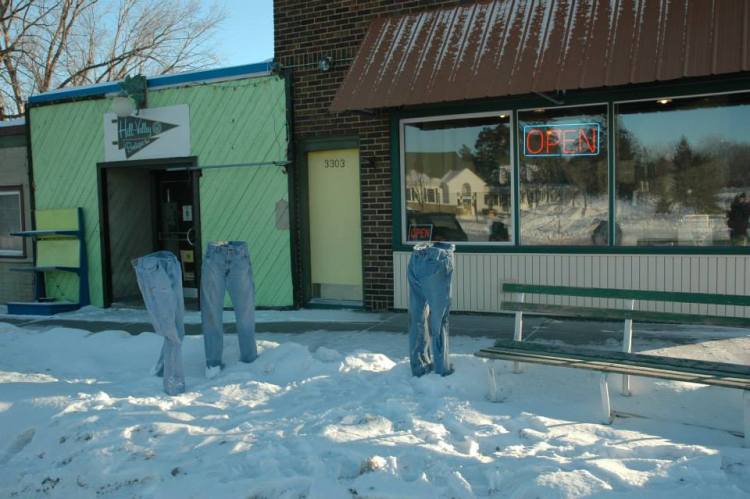 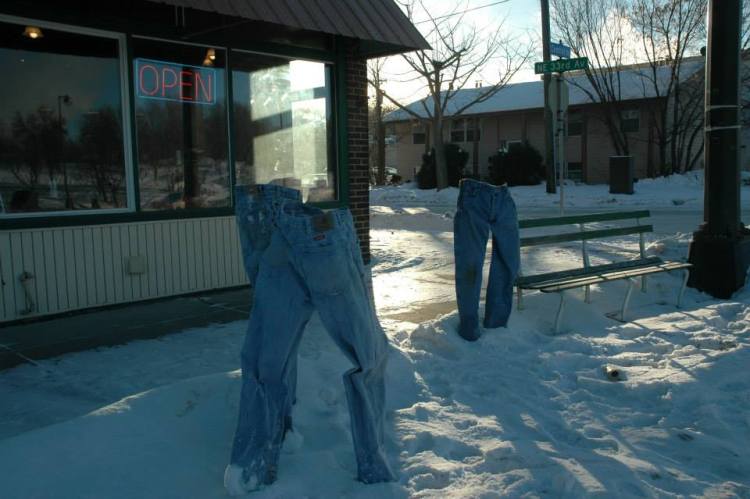 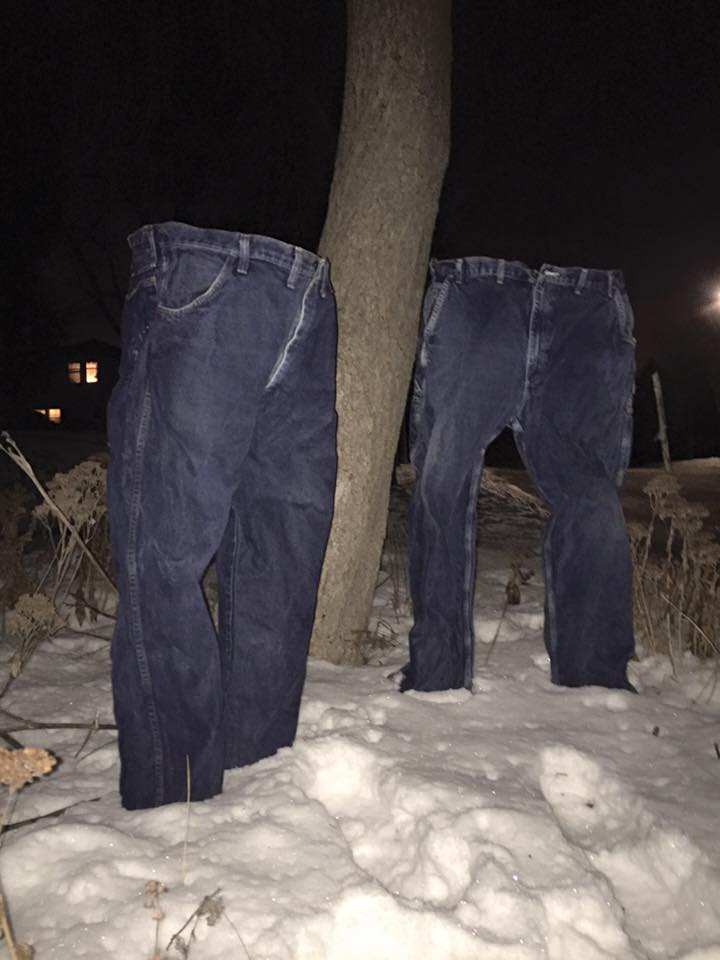