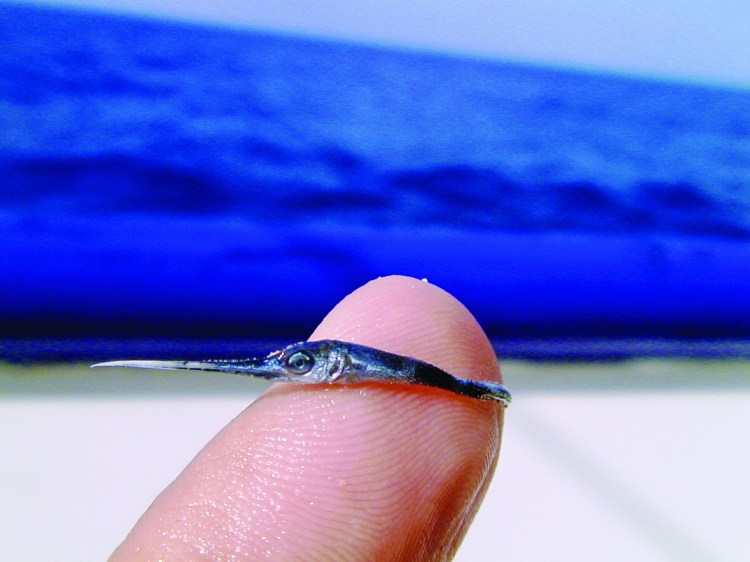 In 2014, Marine biologist and Ph.D. Candidate Juan C. Levesque posted a comprehensive article in the Florida Sportsman about the fascinating lifecycle of the broadbill swordfish. Included with the article was an absolutely amazing closeup photo of a baby swordfish just a few millimeters long.

Born with a short snout and prickly scales, swordfish develop rapidly. Researchers in the Mediterranean Sea estimated the average growth rate of post-larvae/juvenile swordfish at somewhere between one-eighth and one-quarter of an inch per day, which is similar to postlarval growth rates reported for blue marlin and bluefin tuna. In the Pacific Ocean, the average size of a one-year-old swordfish is around 39 inches eye-to-fork length; most one-year-old swordfish are still immature—big babies, so to speak.