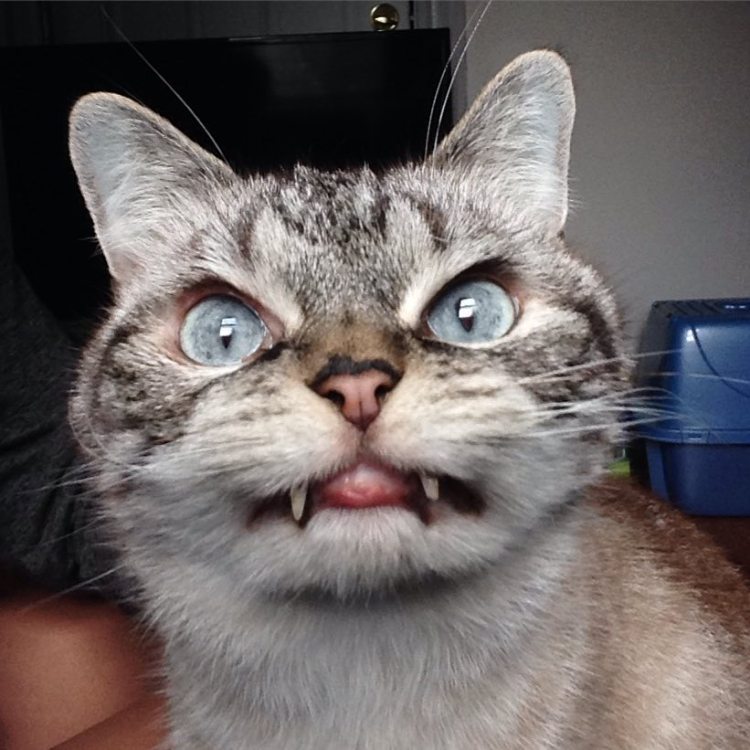 Loki is a sweet but wary kitty whose oversized canines, crossed eyes and protruding tongue make her look like an adorably evil vampire. Loki’s human Kaet said that she adopted Loki from a shelter without being aware of her unusual looks.

..when I adopted her from the shelter they didn’t give me many details about her looks…her fangs and general displeased look are often misleading, but sometimes do fit her disposition. 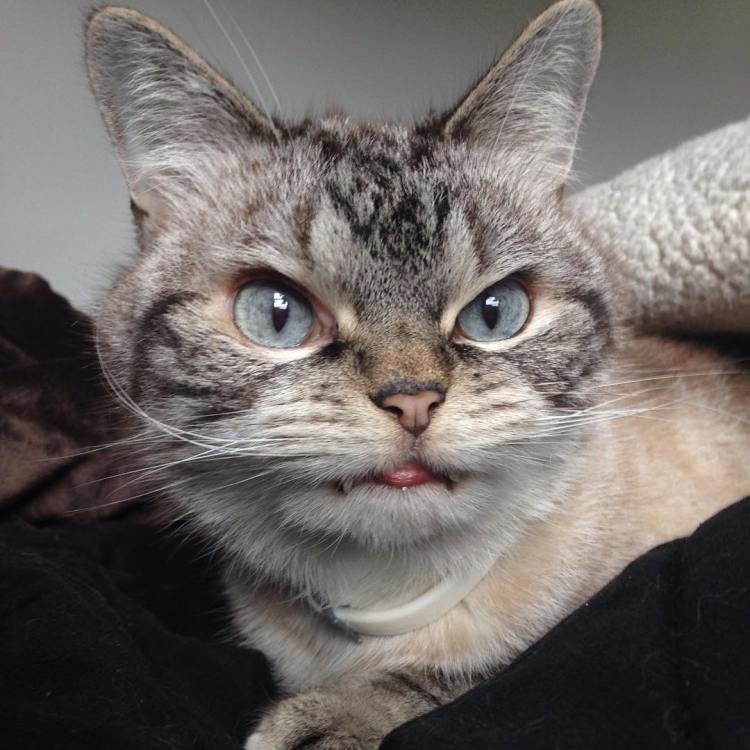 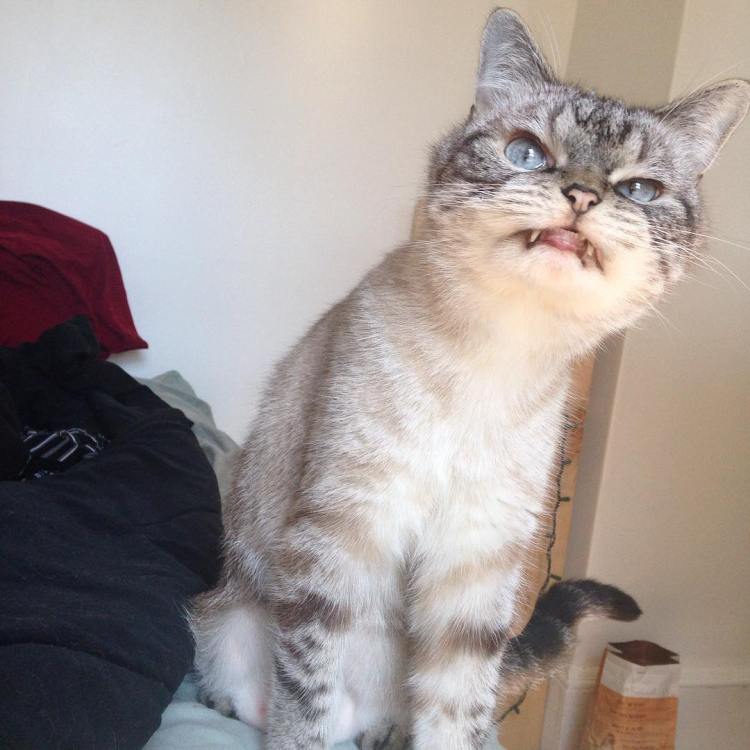 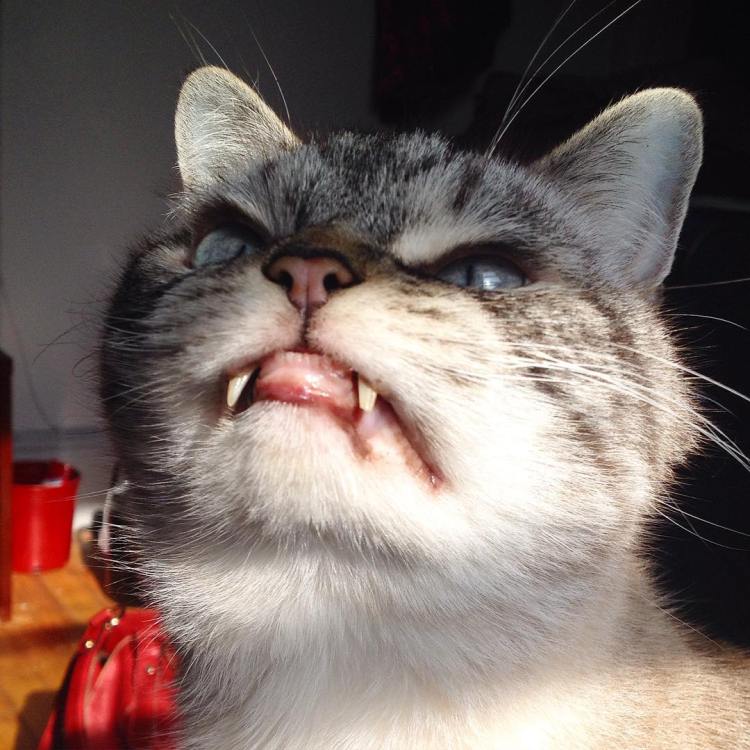 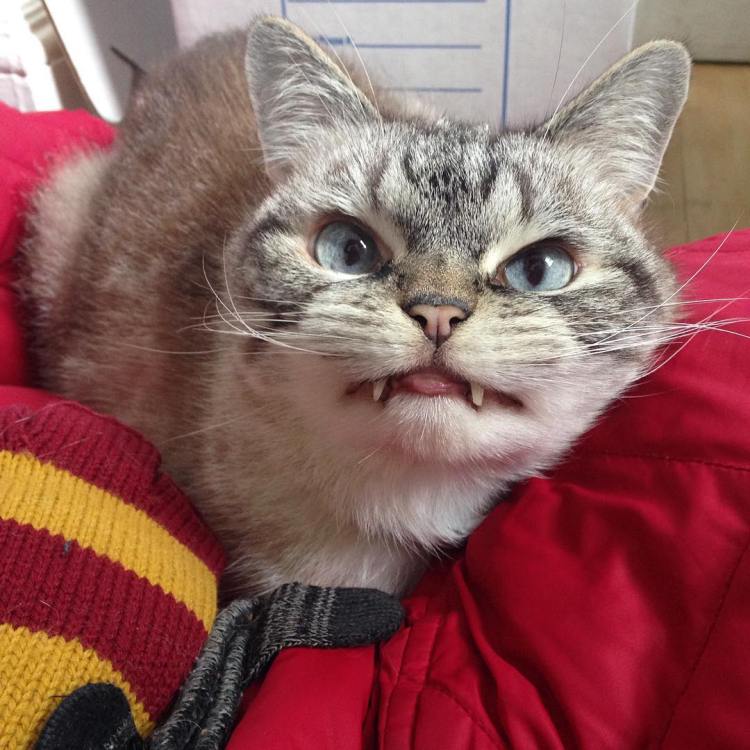 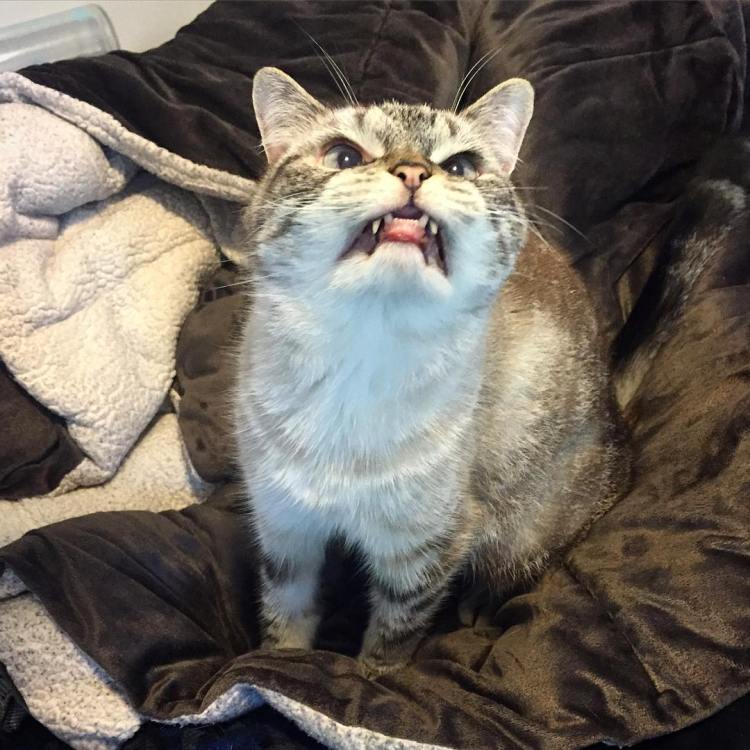