The underground group Indecline recently took over an abandoned airstrip near Cuddeback Lake in the Mojave desert to put up what they claim to be the “World’s Largest Illegal Graffiti Piece In the World“, measuring over a half-mile wide and reading “This Land Was Our Land”. According to a statement provided to Google Earth, Indecline intended for this piece to be a tribute to Woody Guthrie.

When Woody Guthrie penned “This Land is Our Land” in February of Nineteen Forty, the frontier still felt freshly settled and, despite the recent Depression, there was still a prevailing sense of national optimism. Which led us right into the Second Great War, the Atomic Bomb, the Cold War, national paranoia and Red-baiting, the eventual rise of the Corporate State in patriotic opposition to Communism, and finally, as a result of rampant overconsumption, our latest existential crisis of species: Global Warming. We thought, in lieu of all this, that Woody might be due for an update, so we found a decommissioned 3000-by-65-foot runway from an old World War II bomb-testing site, got together a few of our buddies, and made a monument to our rather precarious times. This Land Was Our Land—both literally, in the sense that acres of remote desert were used up and discarded by our government in order to improve our ability to drop bombs on people in far off lands (who constitute a threat just because they peddle a different set of ideals than us;) and also figuratively, as in we as a species are presently embroiled in the constantly accelerating process of using up and discarding this planet as a whole.

Unfortunately, the area wasn’t as abandoned as the group first thought, as it appears the military has since added their own touch according to Paul Riecke.

Went out there yesterday. The navy had gone out there and put up a new heavy duty gate and they also buffed out the indecline and put USN. 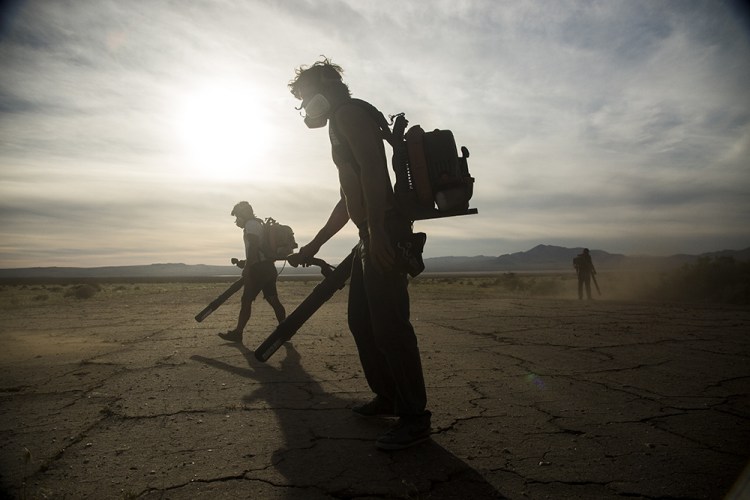 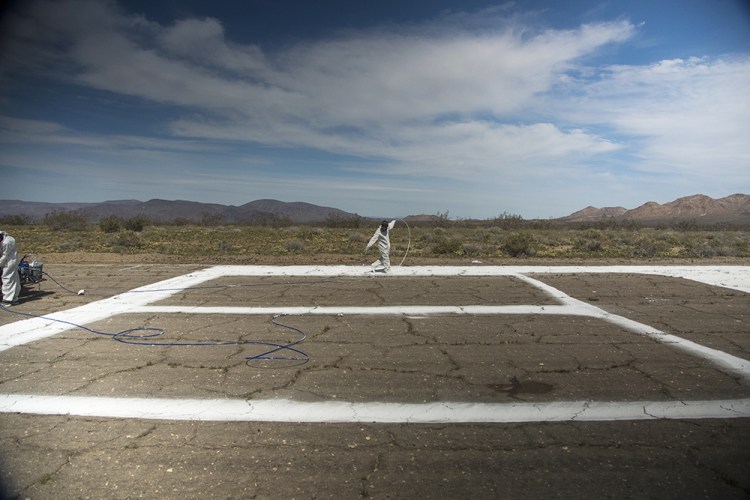