High speed footage shot by Nao Ota of Hokkaido University captured the incredible sight of a blue-capped cordon-bleu performing a lightning-quick courtship tap dance that is invisible to the naked eye. The dance was discovered during a study performed by Nao Ota, Manfred Gahr and Masayo Soma at the Max Planck Institute for Ornithology

The blue-capped cordon-bleu (Uraeginthus cyanocephalus), a socially monogamous songbird, is one of the few species in which both sexes perform courtship displays. During these displays, they hold a piece of nesting material, then bob up and down and sing. Notably, the courtship bobbing produces rhythmical sounds. Here, we analysed the audio-visual displays of the blue-capped cordon-bleu in detail using high-speed video-camera recordings. As a result, we discovered that their visual courtship display includes quite rapid step-dancing during bobbing. This specific “tap-dance” like behaviour has never been reported in songbirds and presumably produces non-vocal sounds and/or vibrations in addition to song. 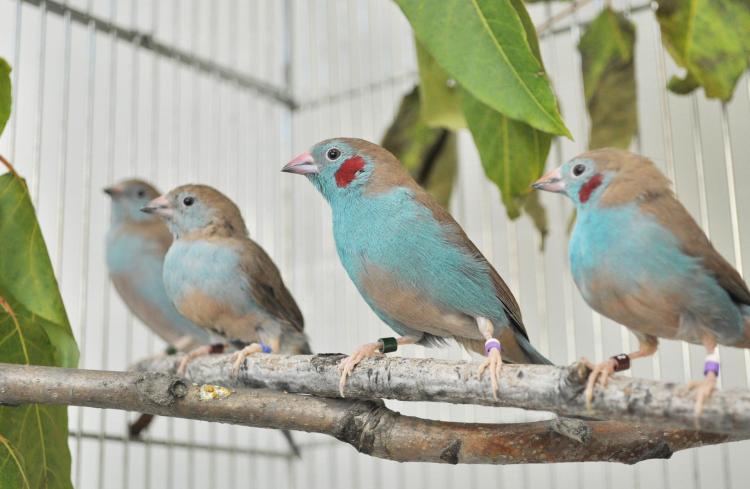