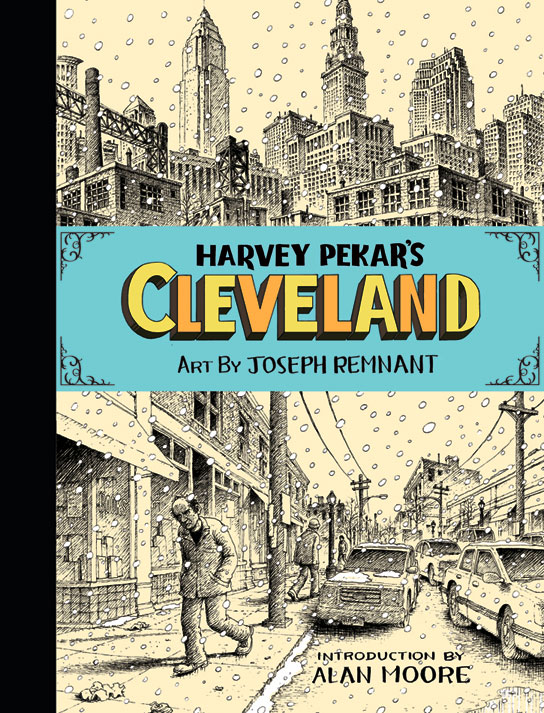 Harvey Pekar’s Cleveland, a soon-to-be released graphic novel, is both a tribute to Cleveland, Ohio and a unique autobiographical insight on the life of comic book writer Harvey Pekar. The book is illustrated by artist Joseph Remnant and authored by Harvey Pekar (1939-2010), the indie graphic novelist who created the comic series American Splendor. The 128-page book is co-published by ZIP Comics & Top Shelf Productions and due out in March 2012. Pre-orders are currently available.

Harvey Pekar’s Cleveland is sadly one of his last, but happily one of his most definitive graphic novels. It presents key moments and characters from the city’s history, intertwined with Harvey’s own ups and downs, as relayed to us by Our Man and meticulously researched and rendered by artist Joseph Remnant. At once a history of Cleveland and a portrait of Harvey, it’s a tribute to the ordinary greatness of both.