Kabibe, a 5-month old Western Lowland Gorilla is the newest member of the Jones Family Gorilla Preserve at the The San Francisco Zoo. For her first five months, Kabibe was under the care of zoo staff, but as she got older she was introduced into the troop of Western Lowlands Gorillas through the troop matriarch Bawang who is seen here treating Kabibe with the utmost loving care.

These important introductions began with the matriarch of the six-member troop, 33-year old Bawang, who eagerly served as surrogate mother to five-year old male Hasani under similar circumstances. As predicted, Bawang instantly assumed the role of adoptive mother of the infant and they have been together ever since. Under Bawang’s careful supervision, each gorilla has made the little one’s acquaintance and each one has expressed their curiosity and affection in their own way. Big brother, Hasani, is particularly excited to have received a baby sister for his fifth birthday, which was on December 8. He is often seen playfully engaging with the infant under the watchful eye of the troop’s females. Once again, Bawang has taken on the huge responsibility of motherhood and has set a positive tone for the troop 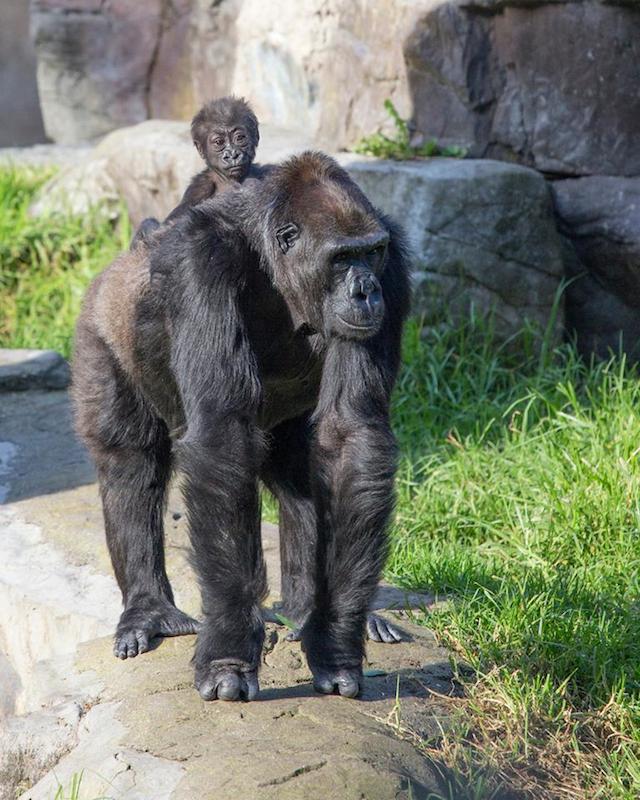 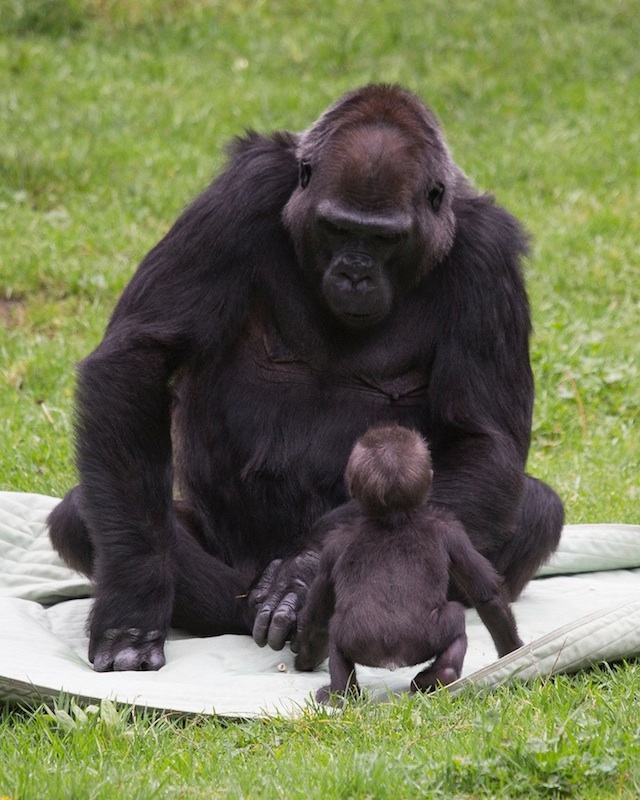 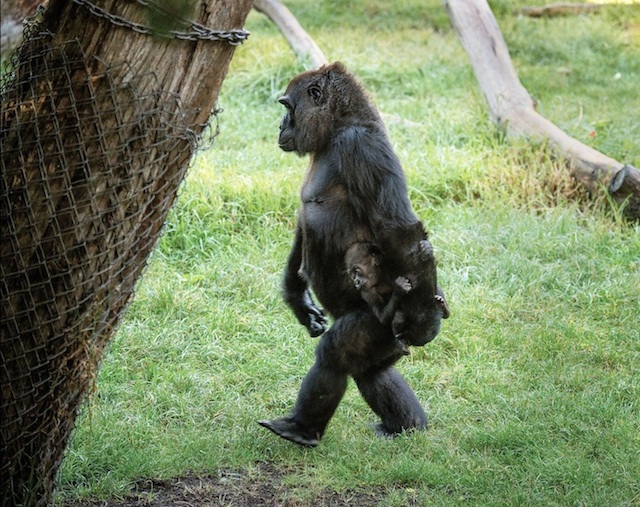 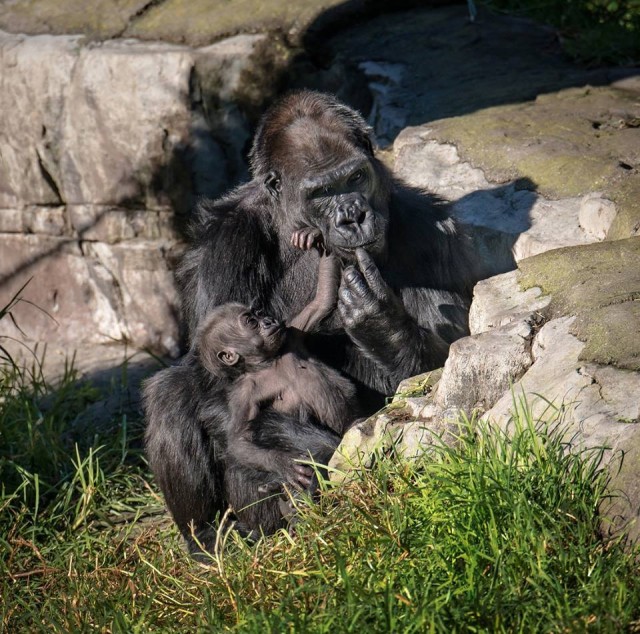