On April 15, 2018, a beautiful western lowland gorilla at the Smithsonian’s National Zoo and Conservation Biology Institute named Calaya gave birth to a bouncing baby boy who was named Moke. As she had practiced for several months with pictures and a plush animal, the new mother immediately brought her newborn up to her mouth, gave him a kiss, cleaned up his little face and then cradled him close. Moke’s presence on this Earth is special as it was the first gorilla birth in almost ten years. Being that the western lowland gorillas are a critically endangered species, Moke’s birth also provides a welcome sign of hope for the future.

He was born at 6:25 p.m. April 15 and is named Moke [Mo-KEY], which means “junior” or “little one” in the Lingala language. The parents—15 year old mother Calaya and 26-year-old father Baraka—bred in summer 2017 following a recommendation from the Association of Zoos and Aquariums’ Species Survival Plan (SSP)

A little bit later, Calaya and Moke spent time bonding with each other. 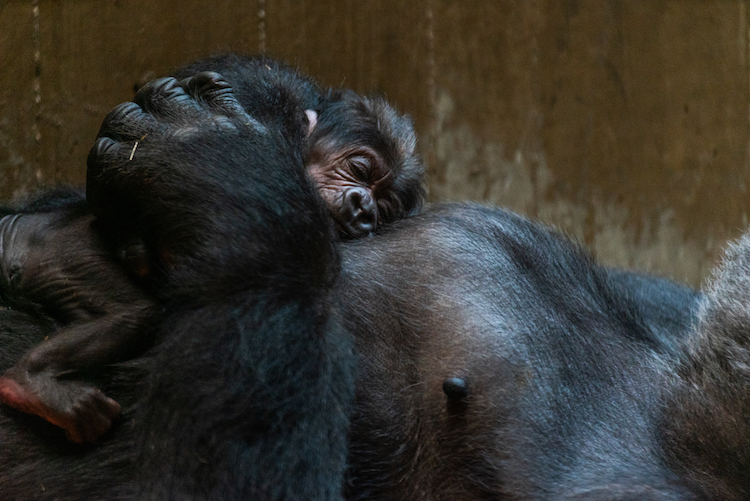 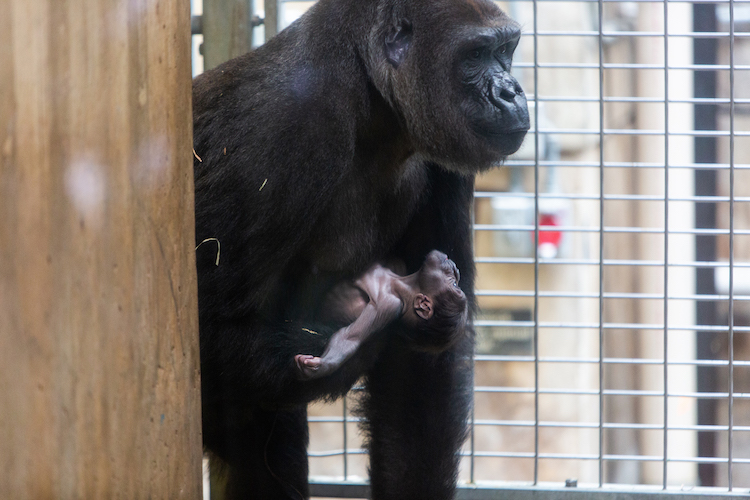 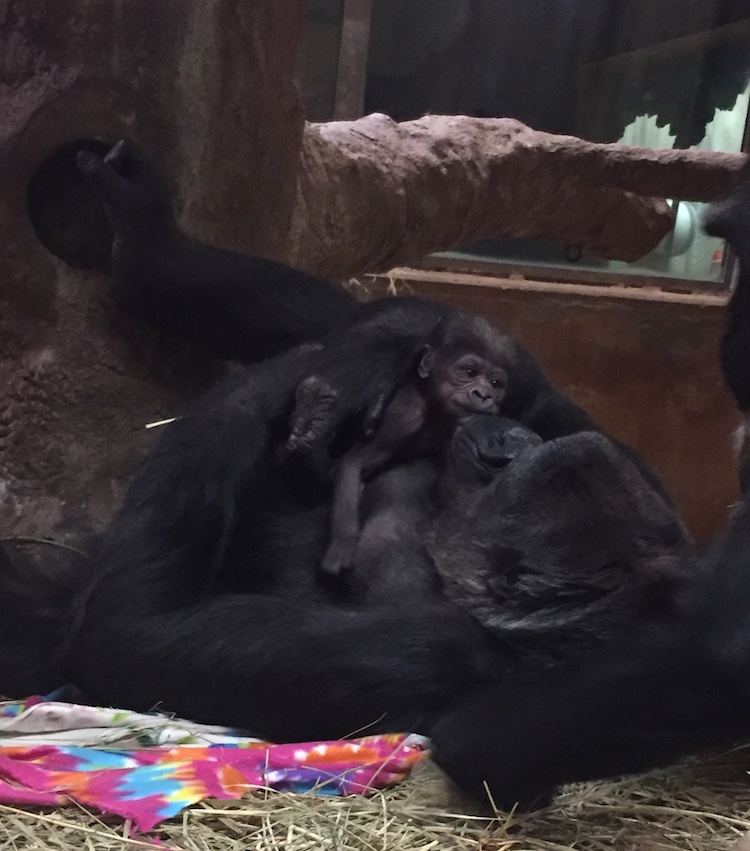