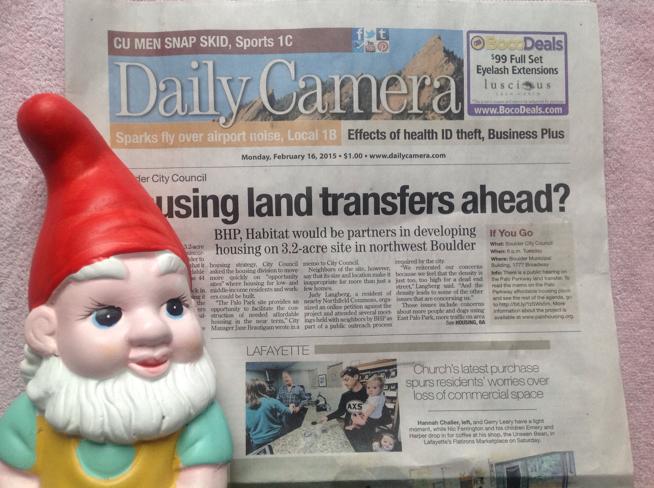 The Boulder Daily Camera reports that an anonymous gnome-napper from the Gnome Liberation Front has stolen a gnome from a yard in Boulder, Colorado. The thief, who may or may not be associated with the similarly named Garden Gnome Liberation Front or a mysterious website called Free the Gnomes, emailed the gnome’s former owner with a taunting poem after the theft, which occurred last week. They also emailed a photo of the gnome to the Daily Camera as a “proof of life.” It’s unclear if this is part of a new wave of action by gnome activists, as Free the Gnomes and the Garden Gnome Liberation Front have been mostly silent for the past few years. For more information on gnome-based direct action, be sure to read the Wikipedia article on garden gnome liberationists. And here’s the gnome poem:

You see me here

But go out fast

For I am gone

Many a snow storm endured

But not a thought you gave

While guarding your yard

These days are done

For a slave no more

Go to the yard I am no more!

Thanks there be to the Gnome Liberation Front!