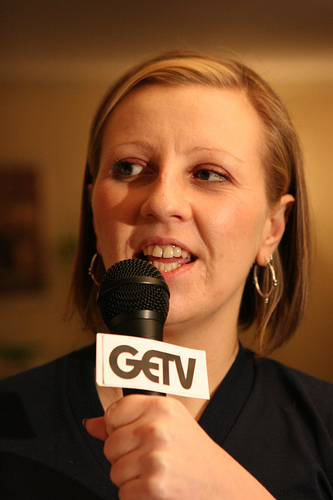 Come celebrate Geek Entertainment TV’s launching of our 1000th subscriber. Yes, that’s right. Barely 3 months old and GETV is getting close to the coveted 1000 spot on someone’s long tail. In monetized eyeball buzzwordology, that’s worth $25! As many drinks as that would buy, we’re not quite ready to sell out. Yet. In other words, no open bar, no free t-shirts, not even a free lick of the toilet mint. What you will get is an excuse to rub elbows with the newly internet famous and maybe even become internet famous yourself for a brief megabit. See the future now.