On August 27, 1980, landscaper John Birges along with several accomplices including his own sons, walked a camouflaged, tamper-proof bomb made from stolen dynamite, into Harvey’s Casino in Stateline, Nevada and demanded $3 million from the casino. Once he received his payment, Birges would only then provide instructions on how to disable the bomb. Unfortunately for Birges, however, the bomb was safely detonated while he was waiting for his payment. In a video released by the FBI, retired Special Agent Chris Ronay recounted the surprising events of the day and marveled at the sophistication of Birges’ “unbeatable” bomb.

This device was a pretty sophisticated, quite complicated piece of machinery unlike anything we’d seen before, or anybody in the bomb disposal business had ever seen before. What we know about it afterwards is that it virtually was undefeatable. …The group consensus was they would try to create a tool, a shape-charge tool that could disrupt the device, basically cut it in half–take the brains in the top box away from the brawn in the bottom box. When the device did detonate as designed when the attempt was made to render it safe, it exploded as intended and we had terrific damage in that building. But fortunately no one was injured because there was time for evacuation. …After the blast went off we had a little shock effect as the magnitude of this crime scene. Most of the people that we brought to bear to investigate this, myself included, had considerable experience with bombings and post-blast investigations, but nothing of this size. 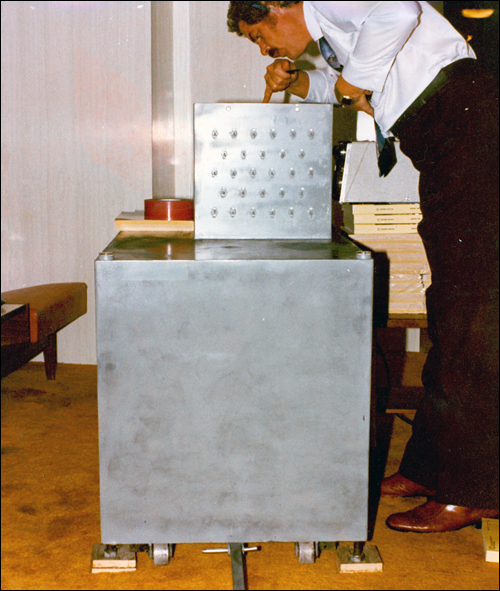 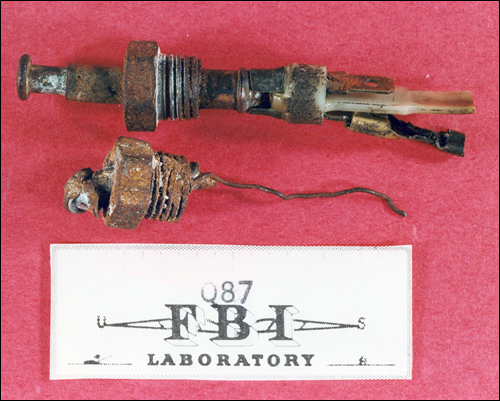 The Full Text of the chilling ransom note sent to Harvey’s Casino on August 27, 1980.

STERN WARNING TO THE MANAGEMENT AND BOMB SQUAD:

Do not move or tilt this bomb, because the mechanism controlling the detonators in it will set it off at a movement of less than .01 of the open end Ricter scale. Don’t try to flood or gas the bomb. There is a float switch and an atmospheric pressure switch set at 26.00-33.00. Both are attached to detonators. Do not try to take it apart. The flathead screws are also attached to triggers and as much as ¼ to ¾ of a turn will cause an explosion. In other words this bomb is so sensitive that the slightest movement either inside or outside will cause it to explode.

This bomb can never be dismantled or disarmed without causing an explosion. Not even by the creator. Only by proper instruction can it be moved to a safe place where it can be deliberately exploded, or where the third automatic timer can be allowed to detonate it. There are three automatic timers each set for three different explosion times. Only if you comply with the instructions in this letter will you be given instructions on how to disconnect the first two automatic timers and how to move the bomb to a place where it can be exploded safely.

I repeat do not try to move, disarm, or enter this bomb. It will explode.

If exploded this bomb contains enough TNT to severely damage Harrahs across the street. This should give you some idea of the amount of TNT contained within this box. It is full of TNT. It is our advice to cordon off a minimum of twelve hundred feet radius and remove all people from that area.

We demand three million dollars in used one hundred dollar bills. They must be unmarked, unbugged and chemically untreated. If we find anything wrong with the money we will stop all instructions for moving the bomb.

The money is to be delivered by helicopter. The helicopter pilot is to park at 2300 hours as close as possible to the LTA building by the light at the Lake Tahoe Airport. It is to face the east. The pilot has to be alone, and unarmed. The pilot is to get out and stand by the chain link fence gate. He is to wait for further instructions which will be delivered by a taxi that will be hired. The driver will know nothing. They may also be delivered by a private individual or through the nearby public phone at exactly 0010 hours. At 0010 hours the pilot will receive instructions about where to do and what to do. Before the pilot enters the helicopter he has to take a strong flashlight and shine it around the inside of the helicopter so that it will light up the entire inside. We must be able to see it from a distance with binoculars. We want to be able to see everything that is inside the helicopter so that we can be sure there is no one hiding inside and that there is no contraband inside.

CONDITIONS OF THE BUSINESS TRANSACTION:

These conditions must be followed to the letter. Any deviation from these conditions will leave your casino in a shambles. Also remember that even a very small earthquake will detonate the bomb so do not try to delay the delivery of the money.

(1) All news media, local or nationwide will be kept ignorant of the transactions between us and the casino management until the bomb is removed from the building.
(2) The helicopter will be manned only by the pilot. He must be unarmed and unbugged. We do not want any misunderstanding which might cause us to have to take lives unnecessarily.
(3) Fill the helicopter up completely with gas.
(4) The helicopter pilot after he receives the first instructions cannot communicate with anyone except the necessary instructions given and taken by the tower. All channels from 11.30 to 17.00 will be monitored.

The designer of this bomb will not participate in the exchange so it will be completely useless to apprehend any person making the exchange because they will not know how it works. They perform their duty for reward. And again if you don’t want to be stuck with a thousand pounds of TNT do not allow any investigation by local agencies, FBI or any other investigative agency action before the bomb is removed. If the instructions are violated in any way by any authority the secret of the handling of the bomb will definitely not be revealed. If the money is received without any problems six sets of instructions regarding the removal of the bomb will be given to you at different times. The pilot will receive the first set of instructions. He can carry it back with him. If the money is sold to the buyer without complications you may receive the remaining five sets of instructions one by one via the Kingsbury Post Office by general delivery, or you may receive them all at once. The extent of your co-operation will make the difference. If you co-operate fully it will insure a very speedy exchange. We don’t want to burden your business opportunities or cause more loss of money than is necessary.

There will be no extension or renegotiation. Demands are firm regardless. The transaction has to take place within 24 hours. If you do not comply we will not contact you again and we will not answer any attempts to contact us. In the event of a double-cross there will be another time sometime in the future when another attempt will be made. We have the ways and means to get another bomb in.

The helicopter has to be filled up with gas. Do not come armed with any weapon. Do not bring a shot-gun rider. All radio channels will be monitored. You are to have no communication with anyone after you reach the airport. Do not try to be a hero, Arlington is full of them and they can’t even smell the flowers. Follow the orders strictly. You will make five stops, none of which will be at an airfield. You will have ample lighting for landing. All sites are fairly level. One has about two degrees pitch. There will be a clearance of more than two hundred feet radius. We don’t want any trouble but we won’t run away if you bring it.
Happy landing.