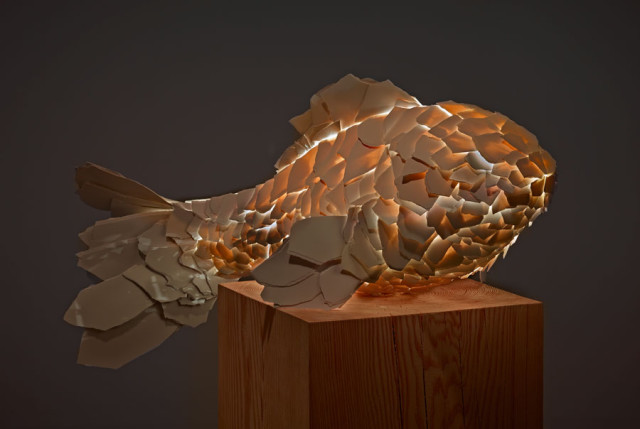 In early 2013, the Gagosian Gallery in Los Angeles featured an installation of fish lamps created by world renown architect and designer Frank Gehry. The lamps were originally commissioned in 1983 to help introduce a new surface material called ColorCore.

Gehry was also commissioned by the Formica Corporation to use a translucent plastic laminate, ColorCore, in a series of lamps consisting of radiant snake and fish forms (1983–86). 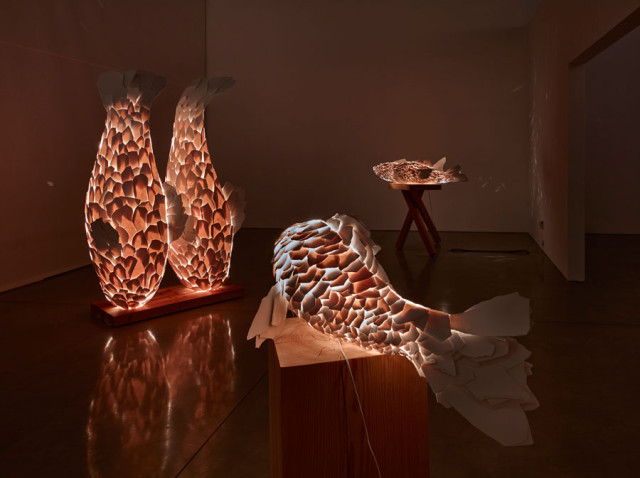 Fish have been a recurring theme in Mr. Gehry’s work. Mr. Gehry talks about the origin of his use of fish during his conversation with American Masters on PBS.

It was by accident that I got into the fish image. My colleagues were starting to replay Greek temples. Y’know in the post-modern thing, I don’t know, when was that… the 80s. That was hot, everybody was re-doing the past. I said, y’know, Greek temples are anthropomorphic. And three hundred million years before man was fish. If you wanna, if you gotta go back, if you’re insecure about going forward, dammit, go back three hundred million years. Why are you stopping at the Greeks? So I started drawing fish in my sketchbook. and then I started to realize that there was something in it.” 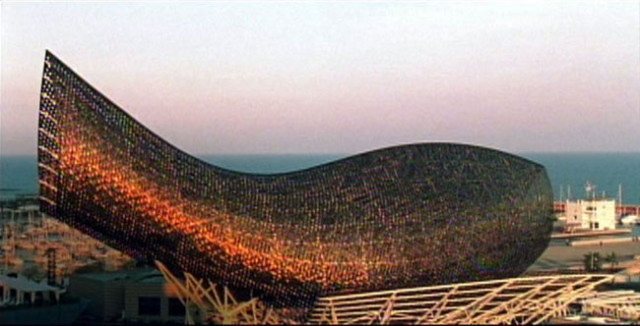 via Dezeen, This is Colossol