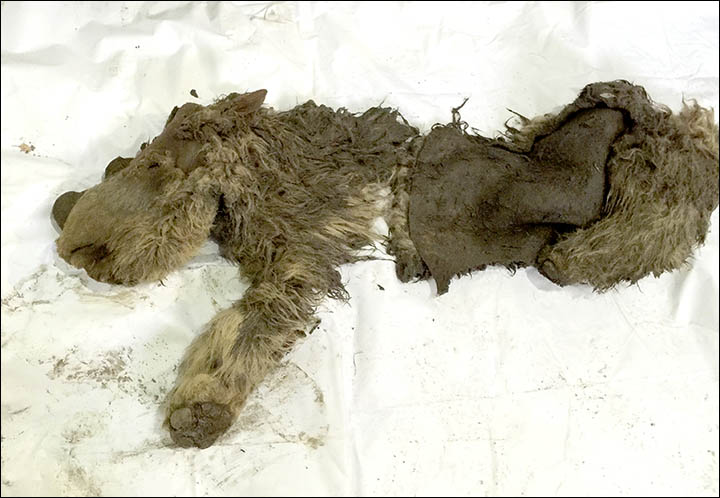 Last fall, hunter Alexander “Sasha” Banderov in Russia’s Sakha Republic came across a the carcass of a baby woolly rhinoceros–a species of rhinoceros that went extinct about 10,000 years ago–at a riverbank. Banderov told the Academy of Sciences about the discovery (translated by The Siberian Times).

At first we thought it was a reindeer’s carcass, but after it thawed and fell down we saw a horn on its upper jaw and realised it must be a rhino. The part of the carcass that stuck out of the ice was eaten by wild animals, but the rest of it was inside the permafrost and preserved well. We immediately got in touch with Mammoth Fauna Department of the Yakutian Academy of Sciences.

After a long delay due to transportation issues across the very large region, Banderov was able to deliver the carcass to scientists at the Academy of Sciences in Sakha, who confirmed that the remains are of a baby woolly rhinoceros that was about 18 months of age when it died. The specimen, nicknamed Sasha after its discoverer, is especially exciting because it is the first and only known baby woolly rhinoceros to be found, and its condition, complete with wool, a full skull, two legs with hooves, nostrils, mouth, one ear, and an eye, will allow extensive study. Researchers are hoping to extract well-preserved DNA, considering the frozen state the carcass had been in for thousands of years. 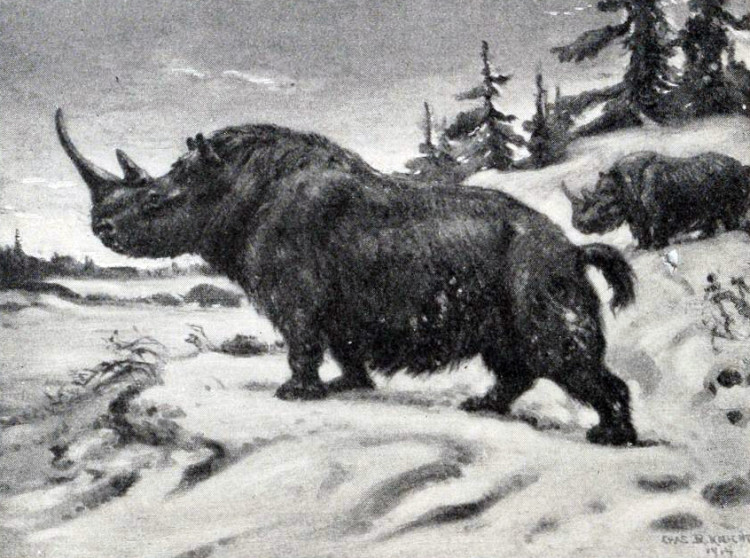 A 1915 drawing of a full-grown woolly rhino by Charles R. Knight 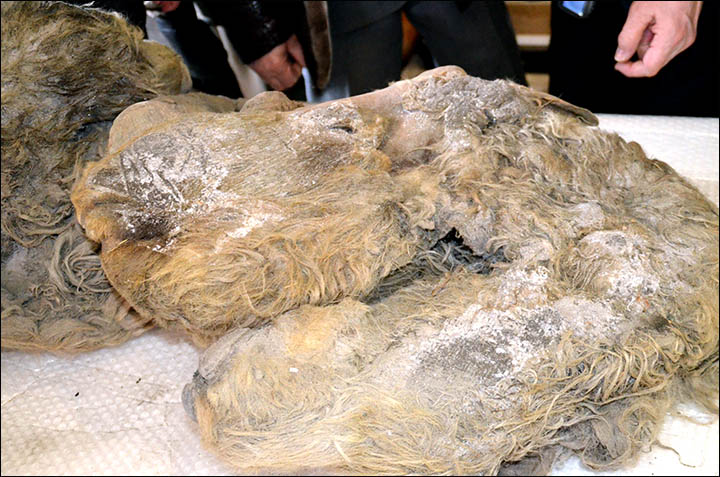 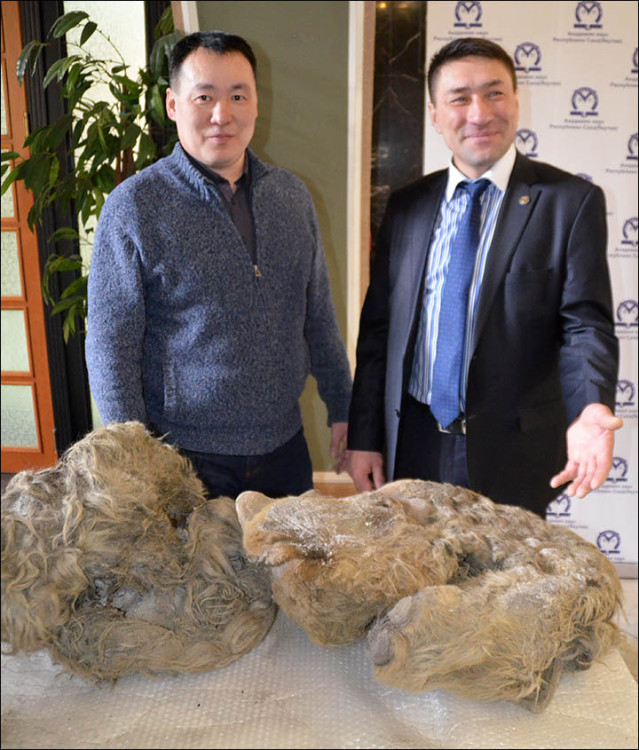 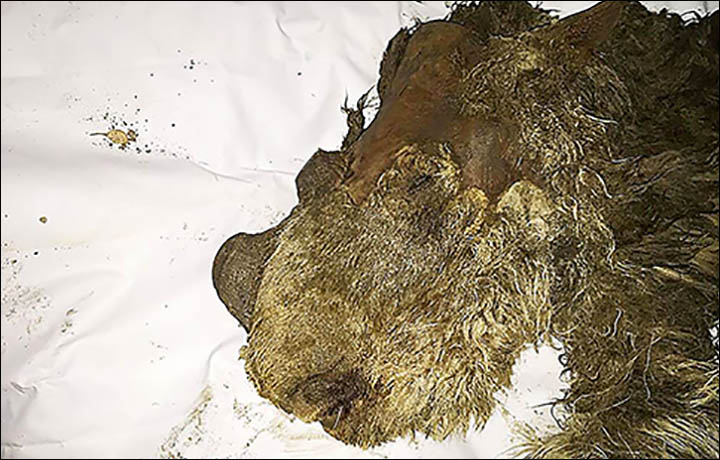 images via Academy of Sciences, Republic of Sakha and credited artist

via The Siberian Times, Daily Mail