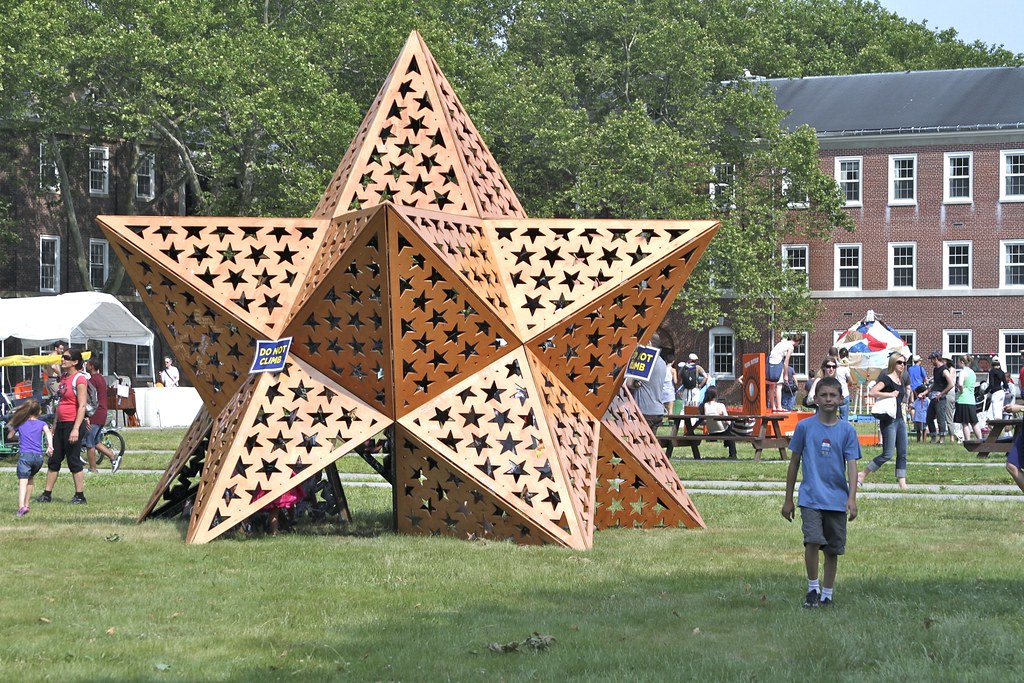 “We got the president of Governors Island to ride the Electric Bubble Bus!” cheered David Koren.

He sounded upbeat. And why wouldn’t he be? Last night marked the end of the fourth-annual Figment Festival in New York City. When Koren, 39, and fellow Burning Man veterans started the commerce-free interactive art party back in 2007, it lasted one day and drew 2,800 people. This year, the three-day celebration lured 23,665 revelers out to Governors Island, a former military base in New York Harbor. 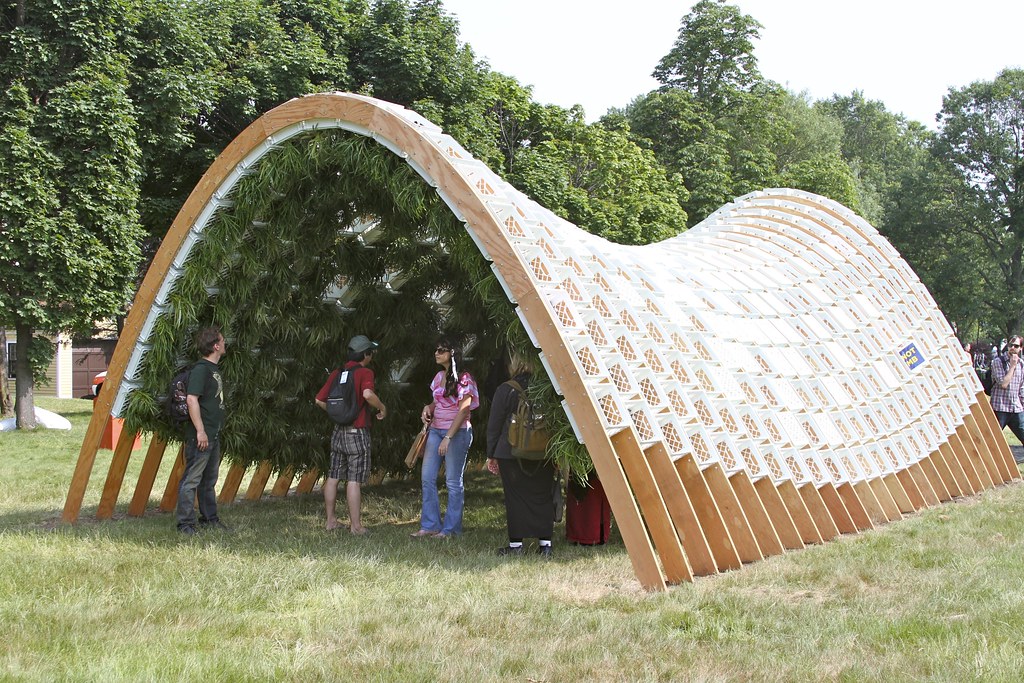 Visitors danced to DJs spinning under giant, wormlike-inflatable sculptures from Disorient, an arts collective that hosts an annual camp at Burning Man.  They hula hooped and had their pictures taken while dressed as the Mona Lisa.  They wandered among dozens of colossal art installations, which ranged from the graceful Living Pavilion, a swaybacked tunnel with grass growing upside-down inside, to Bagel Buns, a hill of bagels with television sets playing “Buns of Steel” videos on a constant loop. 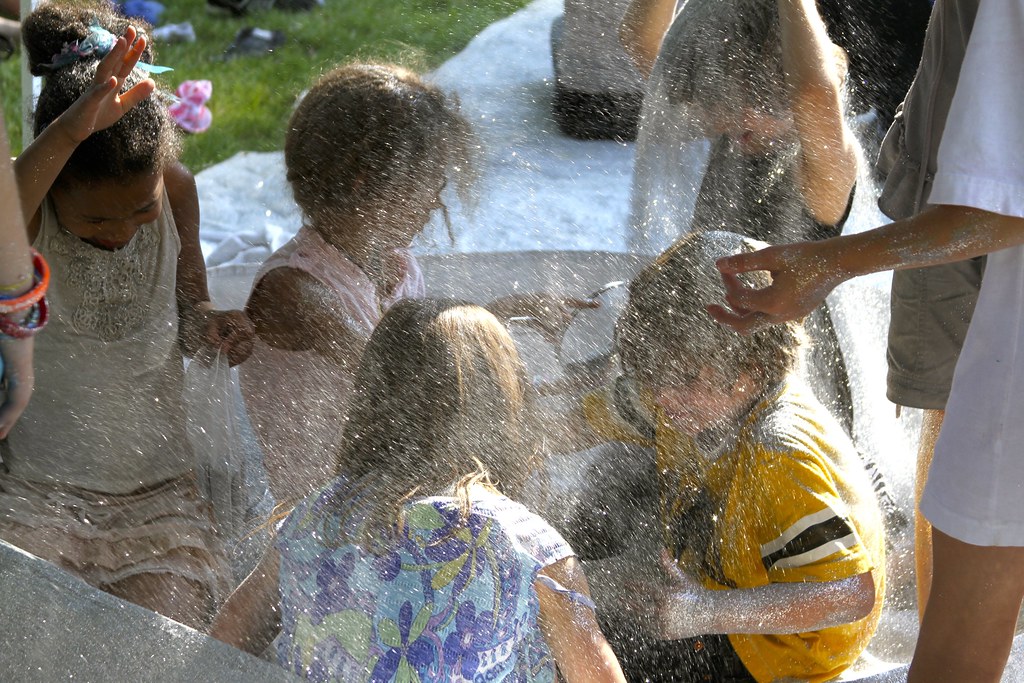 Sandbox wars broke out in the glitter pit, where kids threw handfuls of silver dust at each other until it coated their limbs and hair and parents, too. “It looks like dandruff!” one grownup exclaimed. (“It looks like you just blew a unicorn,” another suggested.) 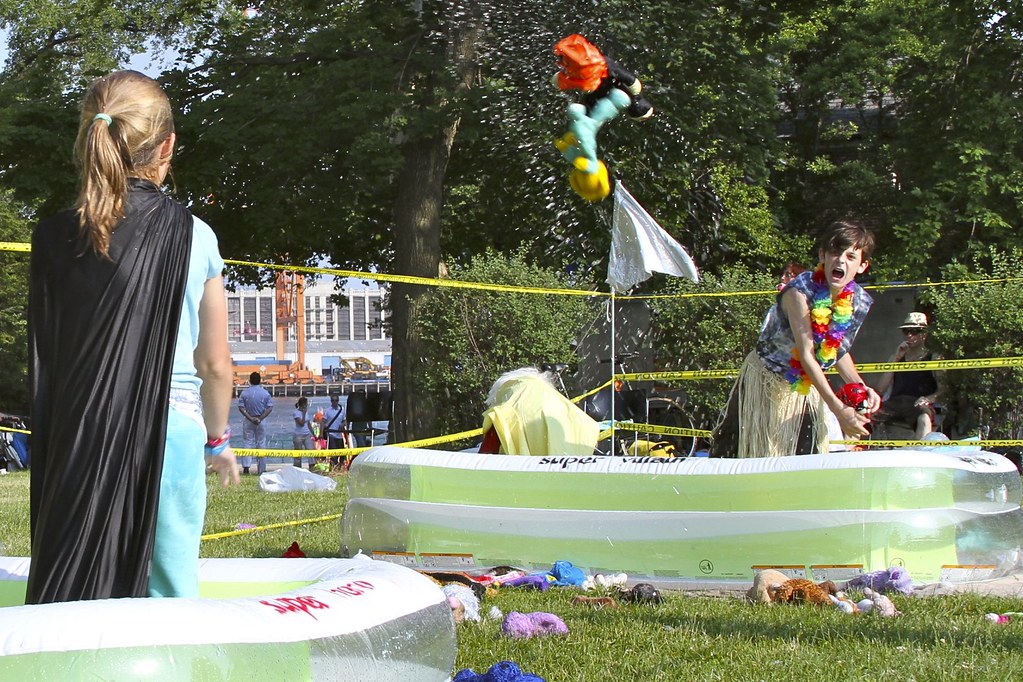 And, yes, Leslie Koch, the city official who oversees Governors Island, took a spin on Figment’s first-ever art car: a roving sound system swaddled in fluorescent fabric, crowned with a disco ball and a cut-out city skyline.  (Rumor has it that the Electric Bubble Bus was also lawyer-proof; a sign on the grille read “NO RIDING WITHOUT WAIVER.”) 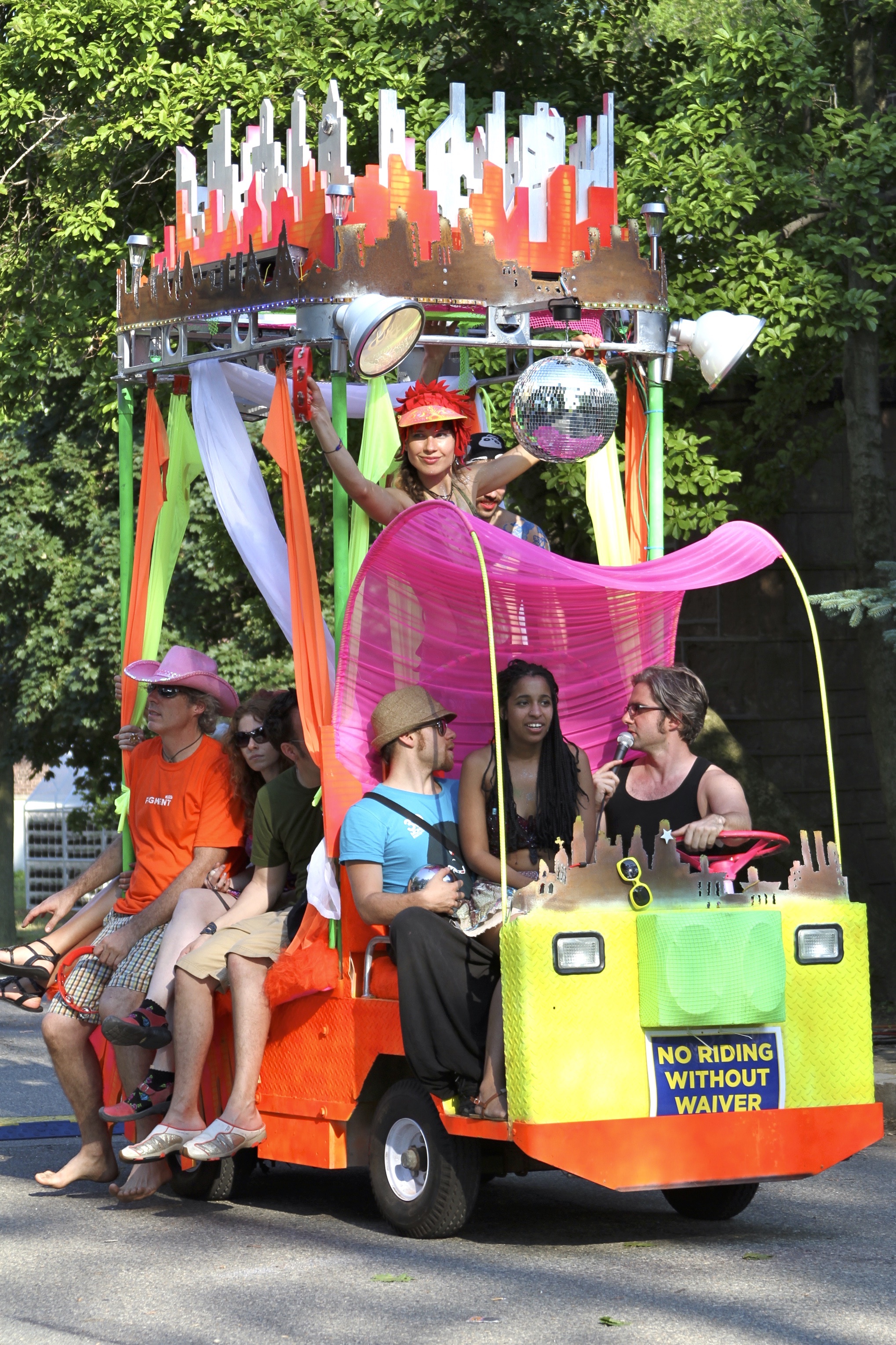 Hundreds of volunteers pitched in to make the festival work on a $60,000 budget, which came from grants and donations and also covered a second Figment event this summer in Boston.

So what do after your non-commercial event is a raging success, a free-spirited extravaganza in one America’s most expensive and commodified cities?

For more information about the Figment festival and how to volunteer: http://figmentproject.org