Ectype’s End is a fantastic animated short produced in 2006 by Jeremy Hay and Dane Jacobs of the New Zealand animation studio Rhubarb Zoo. Here’s the full sized version of the video along with information on how it was produced.

3C70 is no more than a number. Forced into a clockwork world where his only purpose is to duplicate and multiply, he sets about his task without question. Within seconds, however, his small world is turned upside down when a strange plant upends the order of his simple life.

Ectype’s End is a fast-paced and visually charged ride that combines hand-drawn characters with photographed locations. Featuring a quirky soundtrack that drives and describes the journey of its protagonist, Ectype’s End approaches the age-old issue of conformity with a story that is suitable for all ages. 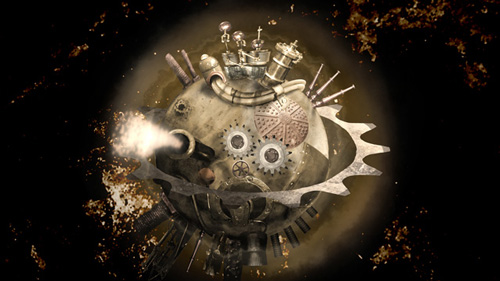