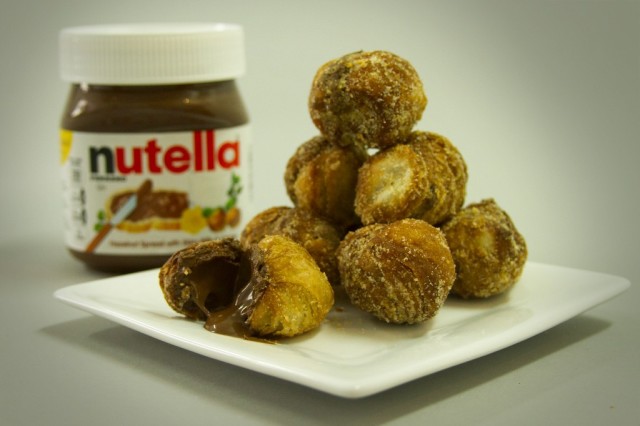 Chef Dominique Ansel, originator of the infamous Cronut, has created a new scrumptious treat in honor of the fiftieth anniversary of Nutella. The treat, Cronut Holes filled with the luscious hazelnut chocolate spread, will be handed out to the public on Monday, May 19th from 10 AM – 2 PM at the Pedestrian Plaza at 23rd and Broadway in Manhattan, across the street from the new Eataly Nutella Bar .

“We’re very careful in selecting our partners, and Nutella® is a brand that I really love,” says Chef Dominique. “I grew up licking my fingers after swiping them around the glass jars.”