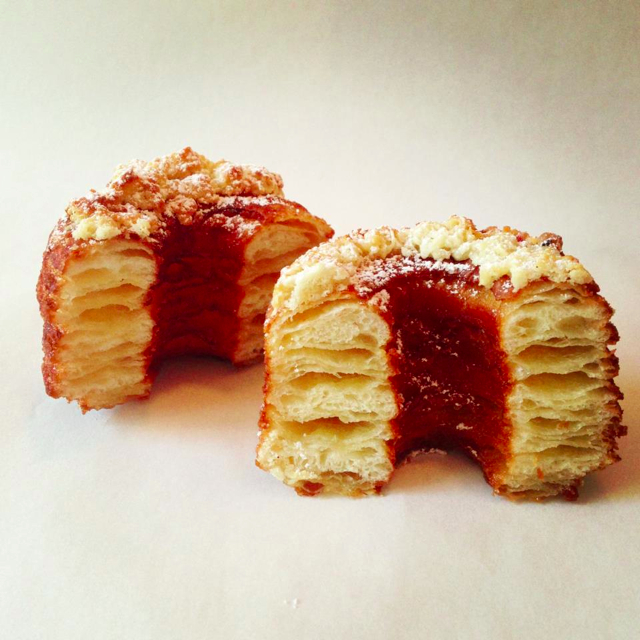 “Picture a croissant dough that is fried and then flavored in three ways: filled, dusted with sugar, and glazed.”

The Cronut is a donut-croissant hybrid invented by New York City pastry chef Dominique Ansel. These hybrids have flaky layers like a croissant but are shaped and filled like a donut. Cronuts are available now in several flavors at Dominique Ansel Bakery in New York City’s SoHo neighborhood (189 Spring Street) but get there early, people are lining up early to get a taste and they have been selling out each day. Paige Beaumont of Thrillist went to the bakery to taste test the cronut and says, “you can rest assured that the icing-topped, flakey, sweet, cream-filled treats definitely ‘back up the hype’ and are ‘holy sh*t good’.” Niko Triantafillou of Serious Eats New York also tried it and says it’s “a deep-fried dessert lover’s dream.” 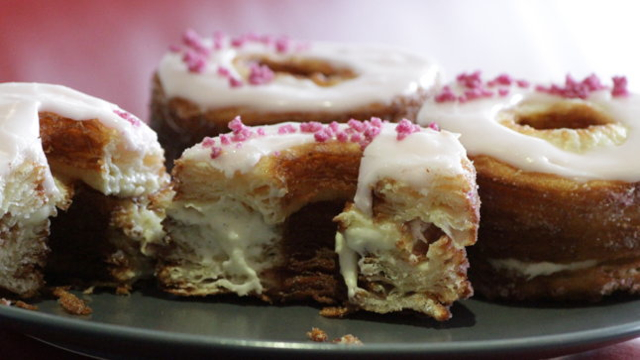 via Thrillist, KNSTRCT, The Awesomer