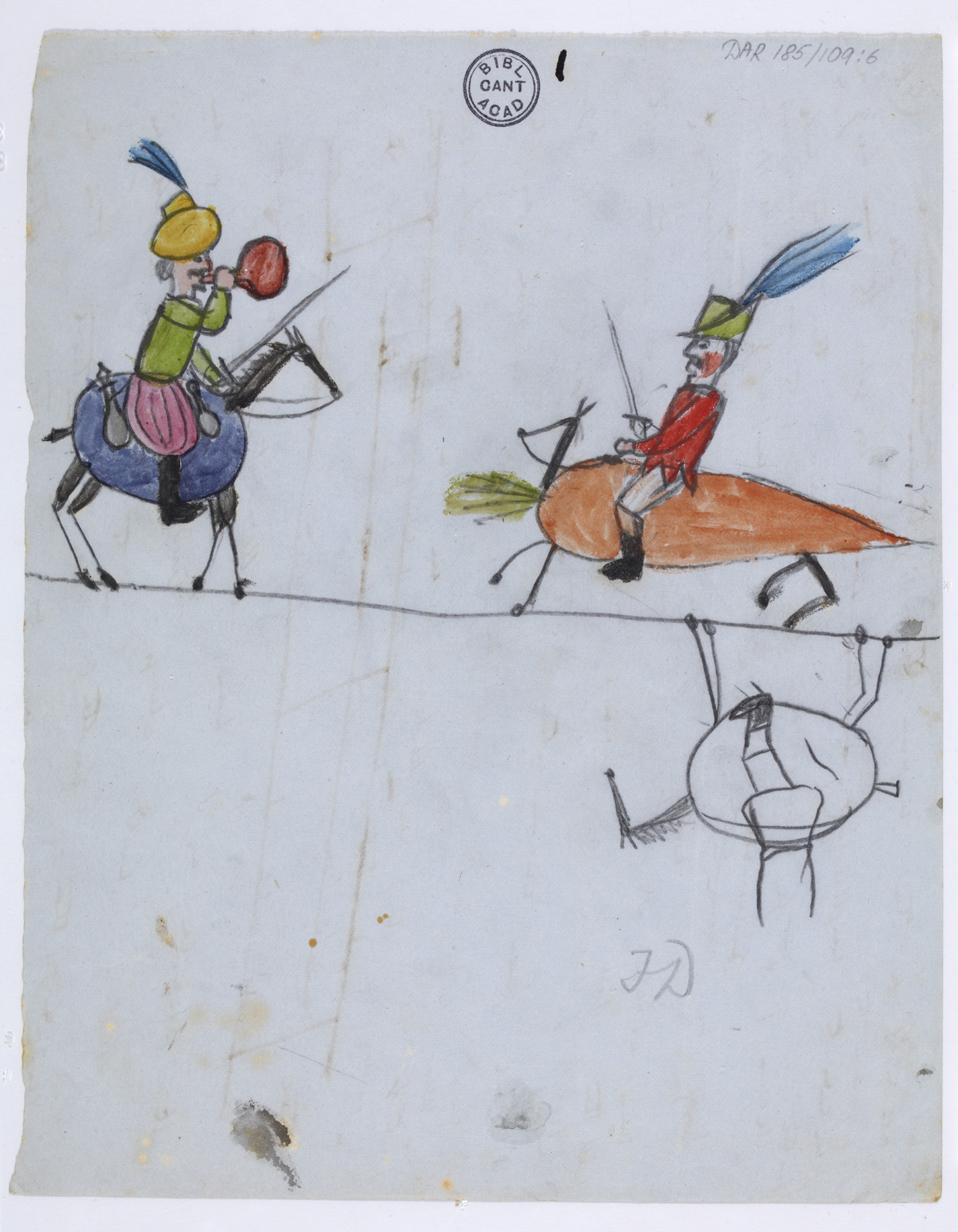 A vast collection of digitizations and transcriptions of naturalist Charles Darwin‘s manuscripts is still growing in the ongoing Darwin Manuscripts Project at the American Museum of Natural History. Some notable finds in the project are doodles and paintings Darwin’s children made on the back of handwritten pages of On the Origin of Species. Because the manuscript was already being published, the old pages themselves held little importance to Darwin; only 45 handwritten pages of the Origin manuscript are known to exist out of almost 600 original pages. The fact that Darwin saved a handful of pages with his children’s artwork shows that he was a devoted father to his 10 children, who often assisted with his research by collecting plant specimens for him.

David Kohn, director of the Darwin Manuscripts Project, spoke about how these artworks show a side of Darwin than most are familiar with during a recent phone interview with The Washington Post.

Darwin was done with those pages — he was throwing away sections of his draft and not caring about it because the book was published. But the family valued the drawings, and in the end that’s what saved them.

We think about him as Darwin, the Charles Darwin, greatest theorist in biology bar none. And yet here is he doing experiments with his children and throwing away pages. Suddenly he becomes accessible. 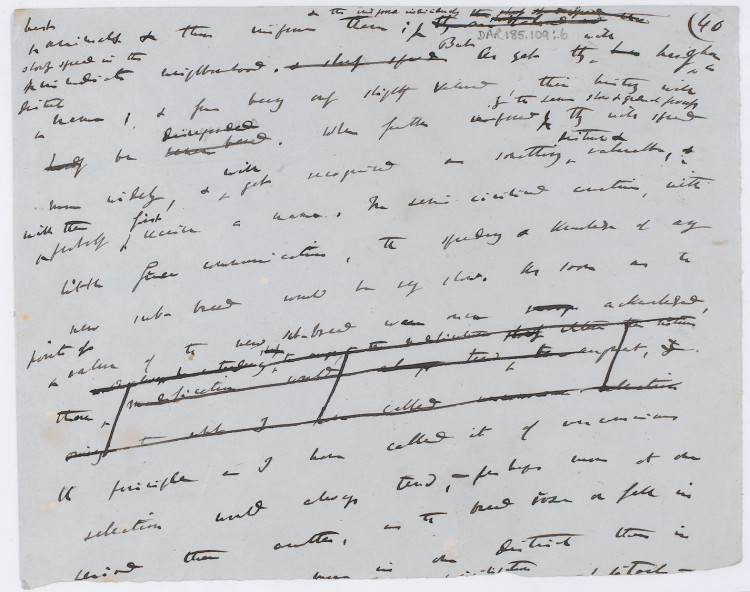 The front of the above pictured painting 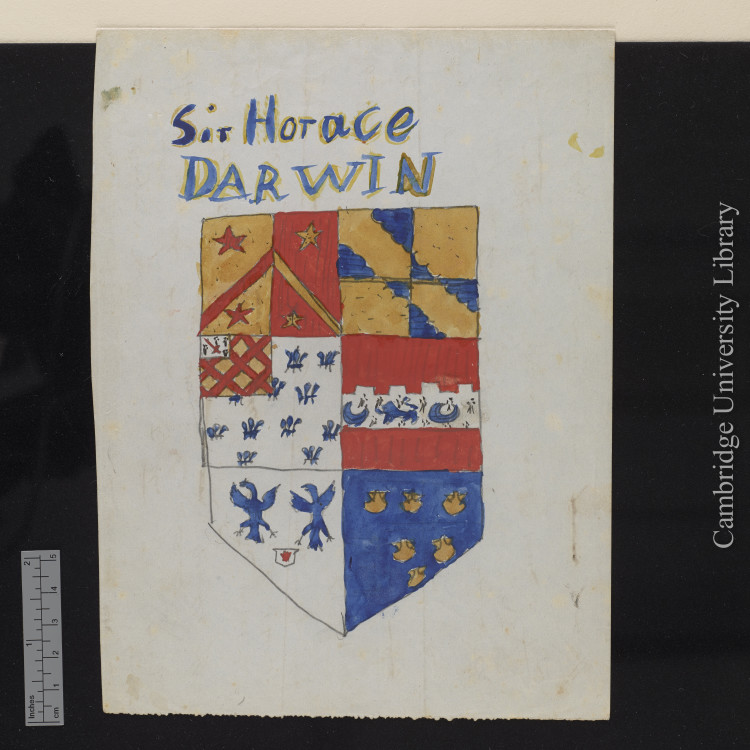 A coat of arms on the back of Darwin’s notes 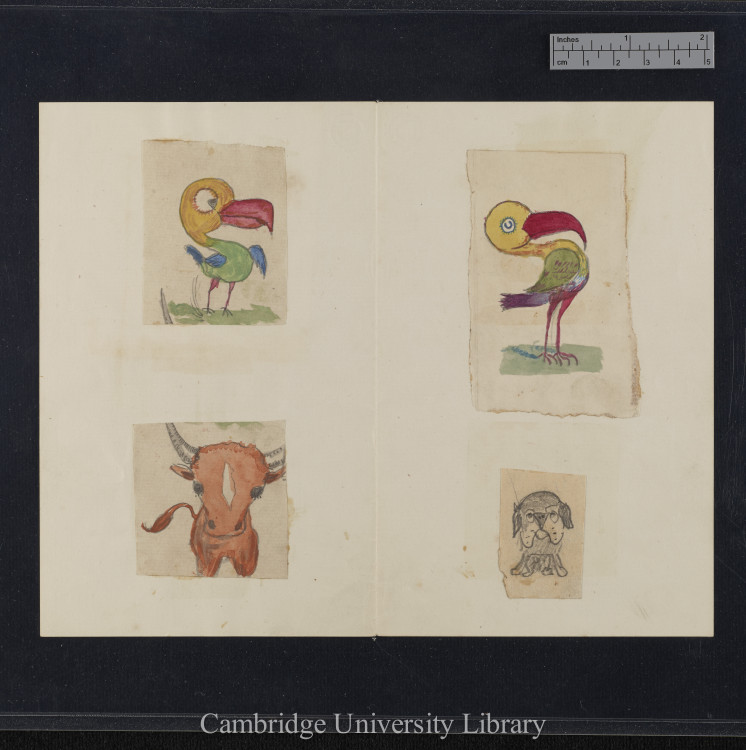 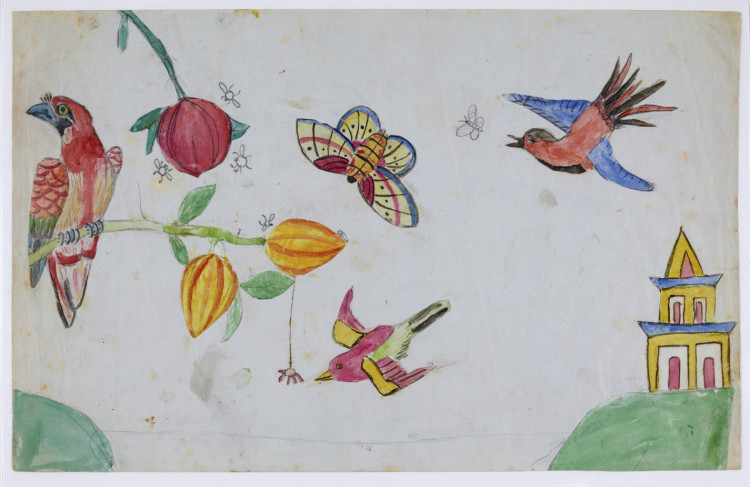 Birds, butterflies, and plants on the back of a page of the original On the Origin of Species manuscript