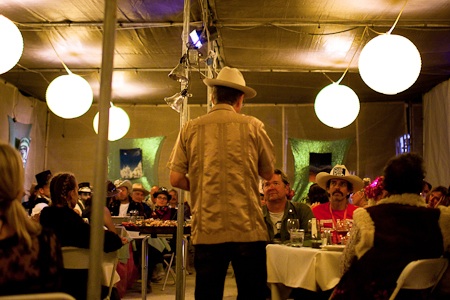 At a special “State of the Man” dinner last night at Burning Man, the event’s co-founder Larry Harvey announced that board members have decided to turn the Burning Man LLC into a nonprofit organization. He also mentioned that they want to create an urban center on San Francisco’s troubled 6th Street corridor.

If Burning Man can turn a desert into an oasis, they might help revitalize the mid-Market. “We want to bring our culture there,’’ Harvey said, “without unduly gentrifying the area.”

“We’d like to recreate our hometown,” Harvey said. Noting that the area has beaten all attempts at revitalization, he said, “The city fathers have decided to send in the artists, you know, like ‘Send in the Clowns.’”

Check out John Curley’s post on The Burning Blog for the full story.