Information has just been posted to San Francisco Zombie Mob about a Zombie Attack & Containment Operation scheduled for 7:30pm tomorrow, Thursday, October 11th at the main San Francisco Public Library. The zombie convergence is set to coincide with the San Francisco Mayoral debate taking place in the library.

URGENT ALERT: Thanks to Professor Grenzfineski’s recently installed EEW* system, we have detected a sudden upsurge in undead activity throughout the city. Another attack is IMMINENT.

But rather than passively wait in fear, we are striking back! With the Professor’s assistance, a zombie homing beacon has been hastily assembled and installed at the Main Library’s north-western corner on Larkin Street, by Fulton. 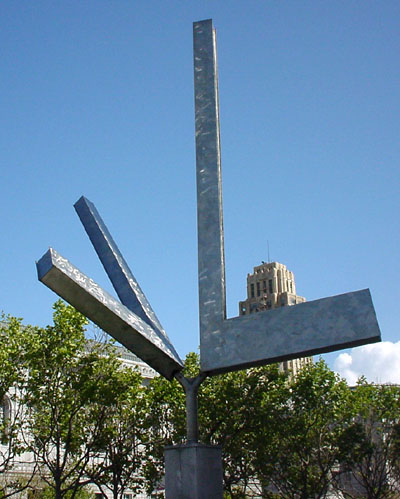 This device will be switched on TOMORROW night, Thursday the 11th, at PRECISELY 7:30pm. Once activated, the undead hordes will be unable to resist its pull, and will gather immediately at its base, where we will attempt to neutralize them before they can once again terrorize our fair city.

NOTE: Great care must be taken with this operation, as a San Francisco Mayoral debate will be taking place in the Main Library. If we are unable to contain the zombies, it is highly likely that they will turn their attention to the hundreds of citizens exiting the debate at 7:45, whom, though disenfranchised, are not disembrained, and may thus prove irresistible to the shambling cerebrophiles. (Thankfully, zombies DO NOT attack or otherwise harass innocent bystanders. Their moans and sheer numbers are more than horrifying enough.)

Once the zombies have successfully been contained, we will transport them via bus to a secret location, where they will be provided with complimentary embalming fluid.

(* Eerie Early Warning: A city-wide network of sensors, cleverly calibrated to detect the presence of re-animated necrotic tissue. And, occasionally, ducks. But he’s working on that.)