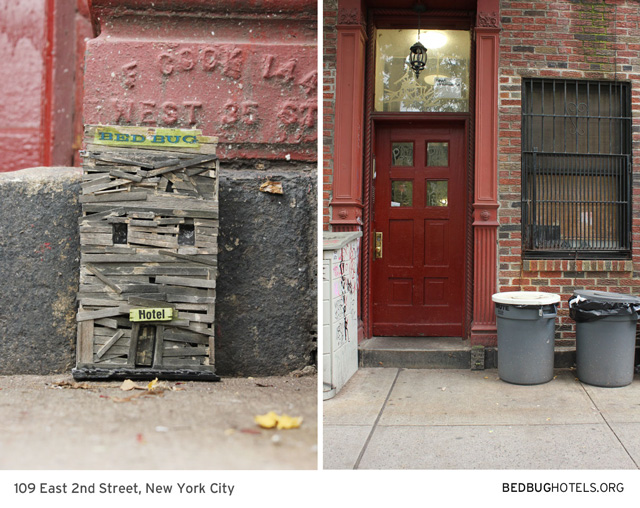 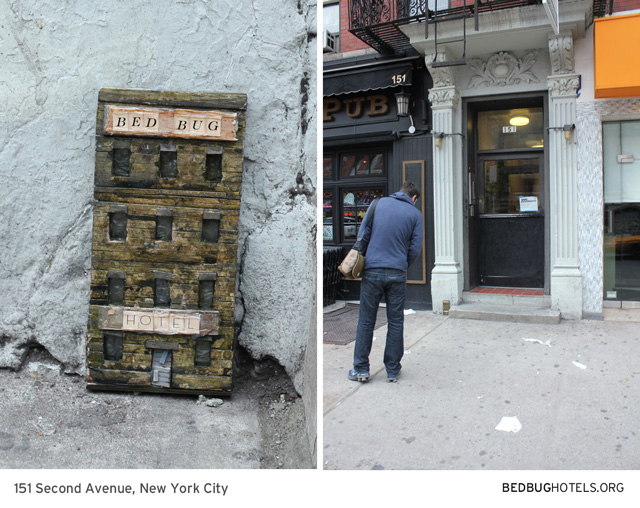 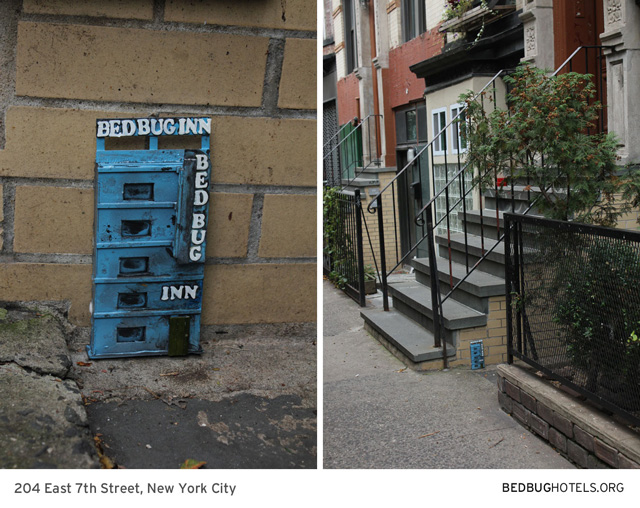 Hunter Fine and Aaron Glazer have been installing miniature “bed bug hotels” at New York City lodging locations known to be infested with bed bugs to warn potential tenants. Their website, Bed Bug Hotels, shows photos and locations of each of these tiny art installations.

Bed Bugs. They’re everywhere these days. If only there was a way to tell if a building has them. Hello. Bed Bug Hotels. An underground way to warn people that a building has had ‘the bugs’.

Bowery Boogie talked with Hunter Fine about his inspiration for this project:

Well a friend of mine got bed bugs this summer and I was like, damn if only there was a warning or something. Have you seen Mad Men? There was a scene where they cut to him as a kid and hobos had etched in wood symbols outside his childhood house that gave graphic codes that his dad was a dick and mom was a slut or something. Anyway, those were warnings to fellow hobos to avoid that place. So that’s where I got the idea, plus adding a little comic deterrent, to tell people who were passing by or future tenants that the place you are seeing has had an outbreak of the bugs.

We previously wrote about Hunter who was also involved with the ‘Hipster Traps’ that were popping up in New York City.