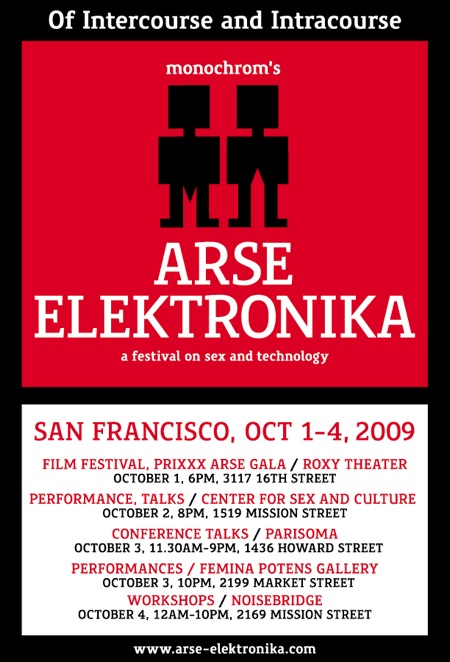 monochrom has just announced Arse Elektronika 2009: “Of Intercourse & Intracourse”, their annual conference on sex, technology and the future, which takes place October 1-4 in San Francisco, kicking off with the Prixxx Arse Elektronika 2009 Awards Ceremony on October 1st at the Roxie Theater. 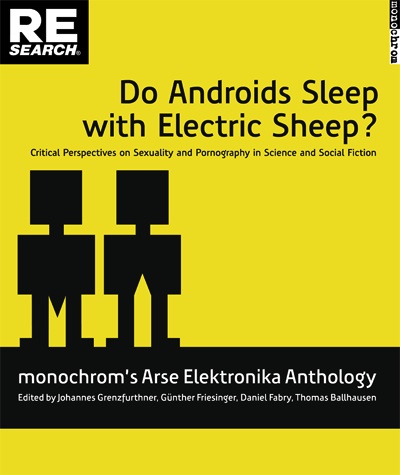 At this year’s event monochrom will be releasing their second Arse Elektronika Anthology Do Androids Sleep with Electric Sheep?.

Taking up where the successful first part of our series left off, this anthology stands under the motto “future” — and the ways in which the present sees itself reflected in it. Maintaining a broadened perspective on technical development and technology while also putting special emphasis on its social implementation, this year’s conference focuses on Science and Social Fiction.

Here are a few photos I shot last year at Arse Elektronika 2008.