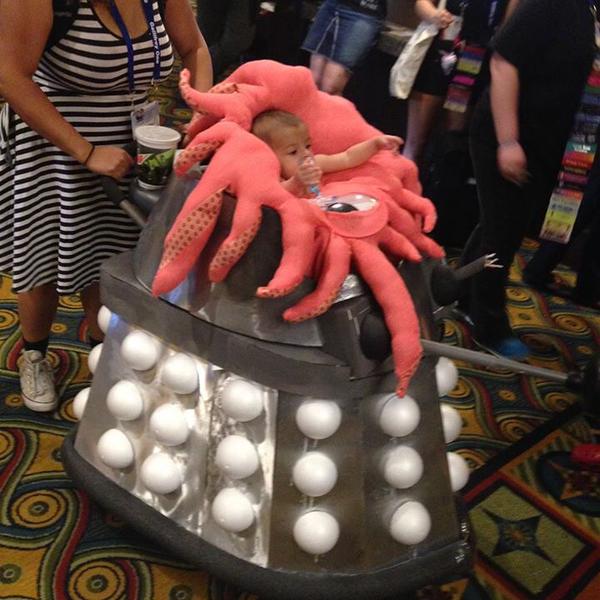 During Gallifrey One, the annual science fiction convention devoted to all things Doctor Who, writer Robert Chan caught a photo of baby Vin Meyer whose stroller had been ingeniously fashioned by his dad Will Meyer into the image of Dalek Caan, an insane Dalek who helped the Doctor defeat the other Daleks.

After flying into the Time War, Dalek Caan lost his sanity and giggled madly. …Though he had foreseen that the Doctor and his companions would defeat the Daleks, he made no effort to stop them. Caan made prophecies in an almost sing-song voice. Caan revealed that not only did he foresee certain things, but he manipulated the timelines to help bring them to pass by bringing the Doctor and Donna Noble together. He also pushed the Meta-Crisis Tenth Doctor to destroy the Daleks and thus fulfill his prophecy of their destruction. Despite his madness, Dalek Caan was cunning enough to fool Davros throughout the War in the Medusa Cascade and betray him. In helping the Doctor defeat the Daleks, he truly thought like his enemy did: thinking like the Doctor on how to defeat the Daleks and even how to help the Doctor do it. 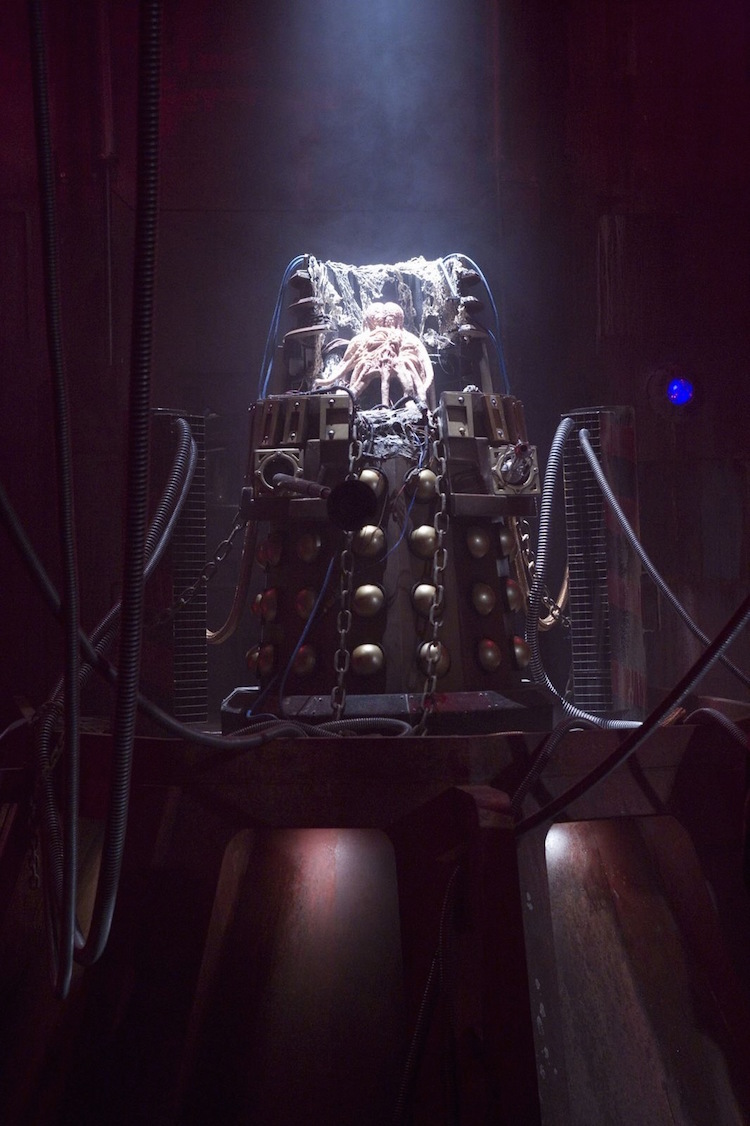