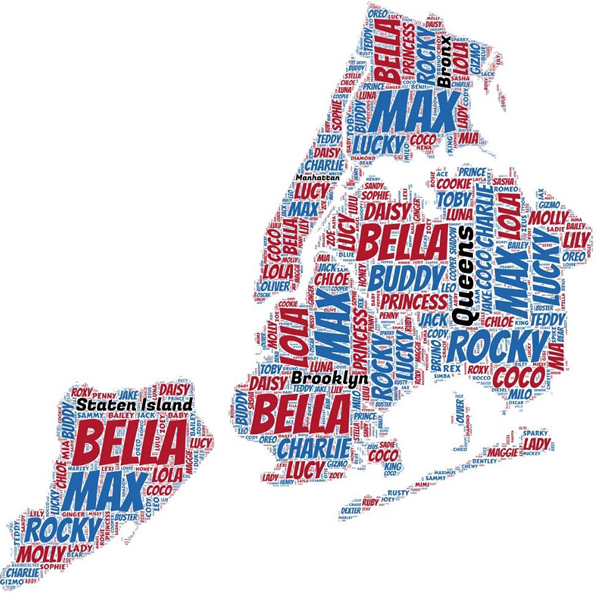 On May 25, 2016, the Health Department of New York City declared the names Bella and Max to be the most popular dog names throughout the five boroughs for 2015. They also created a really fun map showing where the popular names are most prevalent.

The Health Department today announced that Max and Bella were the most popular dog names in New York City in 2015. Bella has been the number #1 name for the last seven years, overtaking Max in 2008 (possibly because of the Twilight book series debut). The Health Department’s dog license records showed 1,127 Bellas and 1,073 Maxs were registered in New York City in 2015. 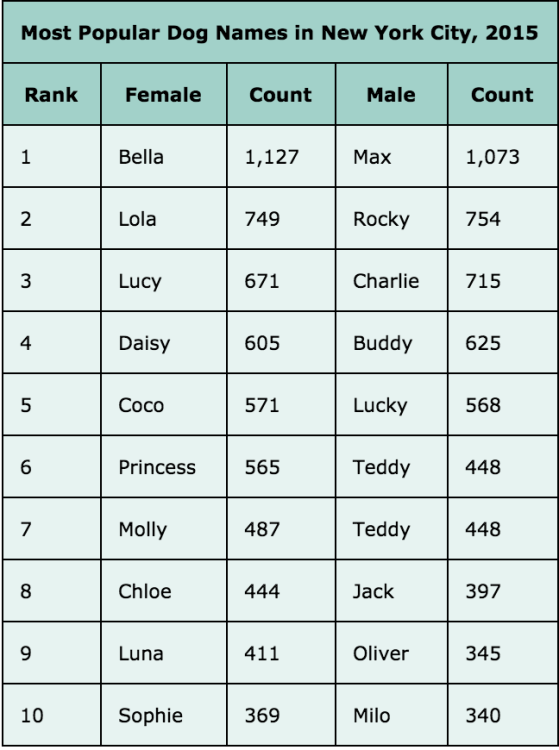 images via NYC Department of Health