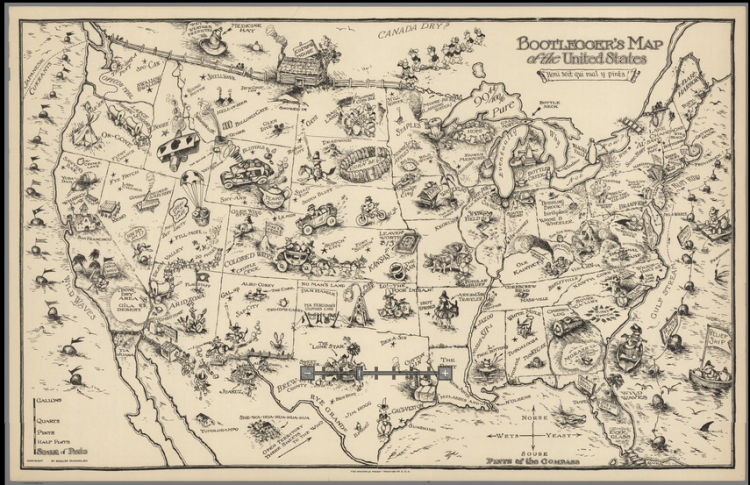 The David Rumsey Historical Map Collection has gotten hold of “The Bootlegger Map of the United States,” an amusingly illustrated 1926 map from a bootlegger’s point-of-view that includes playful descriptions of state capitals, the resources of each state, and those odd things to look out for when in the moonshining business.

Bootlegger’s map of the United States, published in the early 20th Century. This unique map look at alcohol and prohibition. Includes many place names and plays on words that captures the humor and mood of the time.

The map was originally created by Edward Gerstall McCandlish, an early staff cartoonist at the Washington Post and children’s book illustrator.

Edward Gerstall McCandlish had an extraordinarily varied working career including being a staff cartoonist at the Washington Post where he illustrated a Sunday column called the Bunny Tots, an illustrator of many children’s books and designer of many toys, and designer of three humorous pictorial maps: The Bootlegger’s Map of the United States, The Ration Map of the U.S., and the “Un-Convention-Al Map of New Haven.”