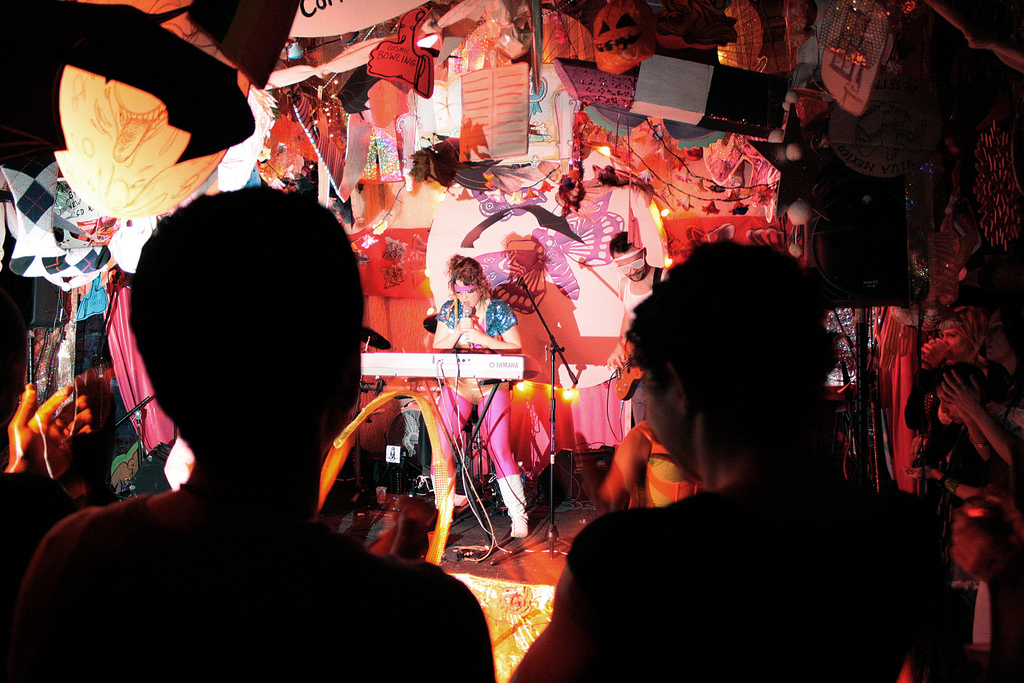 Imagine this: city officials give you just one hour to relocate an irreplaceable two-floor archive/temple/playpen of Brooklyn’s underground art scene. Your mission?  Dismantle a technicolor thicket of sculptures, paintings and props hanging from the ceiling and growing from the walls. Or lose it all.

Now imagine: after hundreds of people race over to help you haul everything away to homes and storage lockers, the whole emergency turns out to be, quite possibly, a false alarm.

That was the situation last week at Rubulad Home Base, the building in Brooklyn’s Bed-Stuy neighborhood where iconic, semi-regular art parties have been chugging along for years. The parties began in 1994 in a 5,000-square-foot Williamsburg basement. Since then, Rubulad has become a refuge for the kind of entertainment — homespun, rough-hewn, delightfully weird — that’s absent from New York’s commercial nightlife. 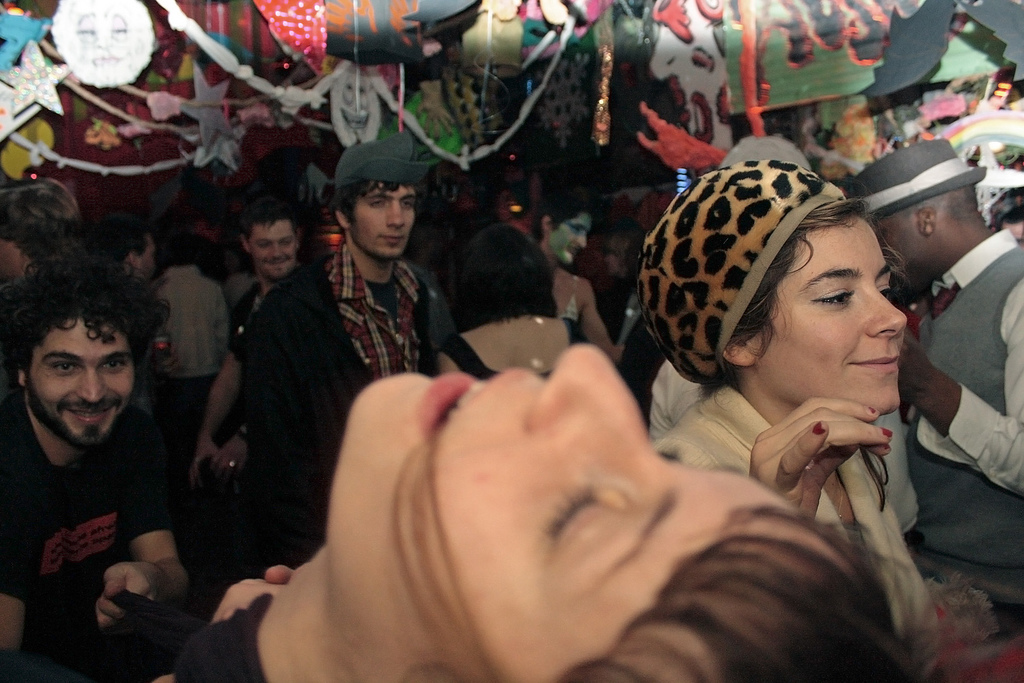 “On the morning of Tuesday, July 20th, NYC fire marshals entered Rubulad and announced we were being ‘evicted.’ We were informed that representatives of the Department of Buildings were on their way to padlock the space and that we had an hour to remove our essential belongings.

“There appears to be some element of harassment at work here as, at the close of business on the third day of this ongoing fiasco, the DOB has not arrived to padlock the premises and indeed we have spoken with them on the phone and they have assured us they have no intention of doing so.

“However, the fire department has issued an ‘Order to Vacate’ disallowing us from entering the ground floor of our space. The DOB represents that they can and will undo the Order, but again nothing further has happened and as of now the Order stands…

“If anyone has any ideas for alternative spaces in which we might hold our next event(s), do please pass them along (chris at spill dot net). We like large space, multiple rooms, with some outdoor area if possible.”

Meanwhile, the denizens of Rubulad Home Base are digging out from the mess.

“I’m just reeling because I still have to take care of my everyday life and I’m like ‘Where’s my pants? Where’s my shoes?’” said Julie Covello, aka DJ Shakey, one of seven artists living at Rubulad.

photos by Picture Daniel in the Lion’s Den