It was a zoo keeper’s dream come true. In early February, 2014, Mila, an African elephant who had not seen another pachyderm in 37 of her 41 years was introduced to 50 year old Mary, an Asian elephant and herd matriarch at the San Diego Zoo‘s Elephant Odyssey. The two elephants first met between a fence and very quickly crossed trunks as a show of friendship and acceptance of each other.

While Mila was living at the Franklin Zoo in Auckland, New Zealand, it was the wish of her keeper, Helen Schofield to have Mila integrate with a herd. Unfortunately, Helen was accidentally killed, crushed by the elephant, before her dream could be realized. In the wake of her death, Helen’s co-workers raised the money to send Mila to San Diego and gave the lonely elephant the opportunity that Helen wanted for her. And nine days after their first meeting, the two elephants shared a yard and breakfast together for the first time without any barriers between them.

Keepers first let Mila out into one of the elephant yards and let her explore and feed on some Bermuda hay before letting elephant Mary out into the same yard. Mary walked over to Mila and they snacked on some hay from the same tree feeder. Mary smelled the new elephant and rubbed her face and trunk on Mila’s body. The interactions were positive and keepers will continue to let the two elephants be together and get to know each other before they begin introductions with other members of the herd. 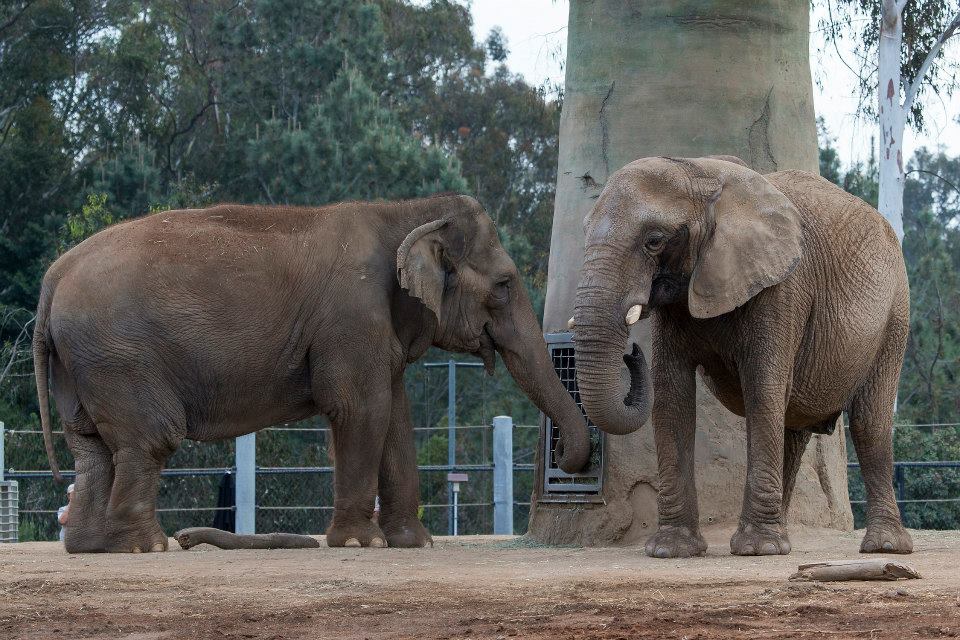 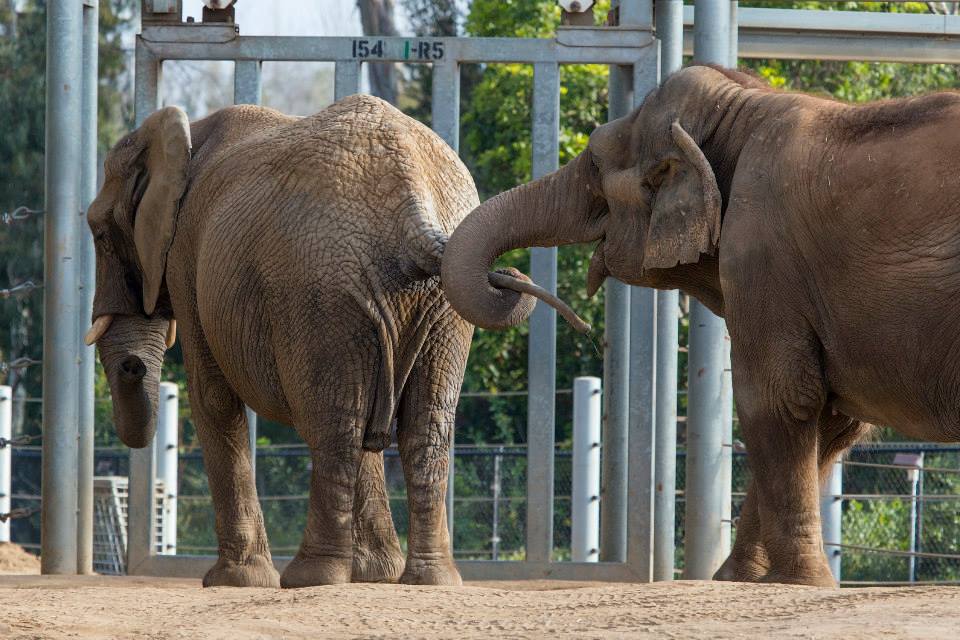 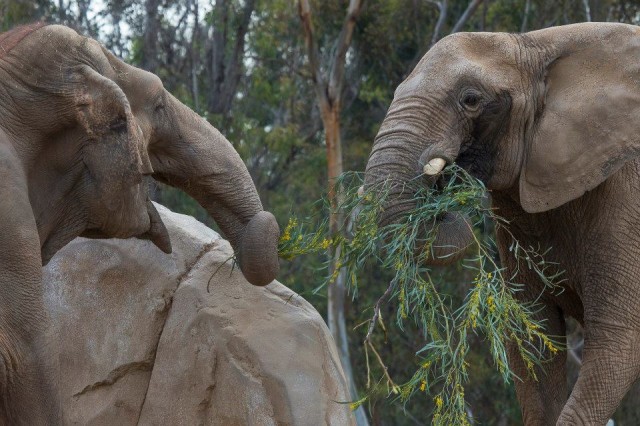 via TVNZ, Nothing To Do With Arbroath