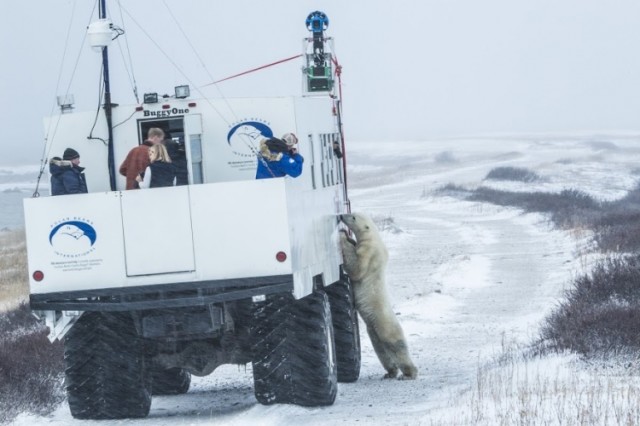 We’ve joined forces with Google Maps to collect Street View imagery from a remote corner of Canada’s tundra: Churchill, Manitoba, home to one of the largest polar bear populations on the planet. With the help of outfitters Frontiers North, the Google Maps team mounted the Street View Trekker onto a specially designed “Tundra Buggy,” allowing us to travel across this fragile landscape without interfering with the polar bears or other native species. Through October and November we collected Street View imagery from the shores of Hudson’s Bay as the polar bears waited for the sea ice to freeze over. 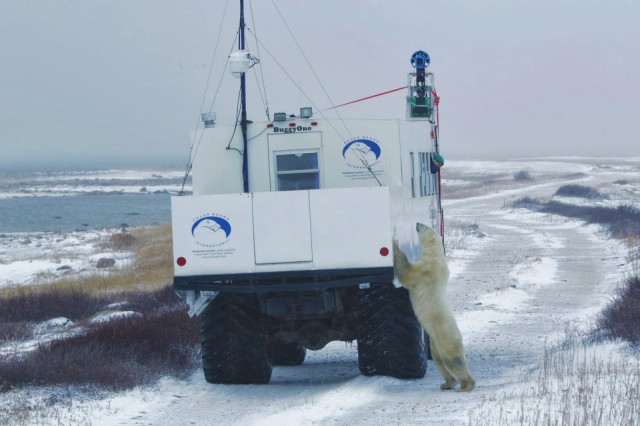