A sweetly determined dog named Bruno, who lives outside of Longville, Minnesota, walks the four miles along the highway into town in order to visit with the local shopkeepers. Bruno has been making this inexplicable trip almost everyday for the past 12 years, so much that he has been named the town dog. KARE11 reporter Boyd Huppert spoke with Bruno’s humans, Debbie and Larry LaVallee

The first time I seen him in town, he almost beat me to town…I was picking garbage on the way, and I get in town, and I wasn’t there five minutes, and there’s Bruno. 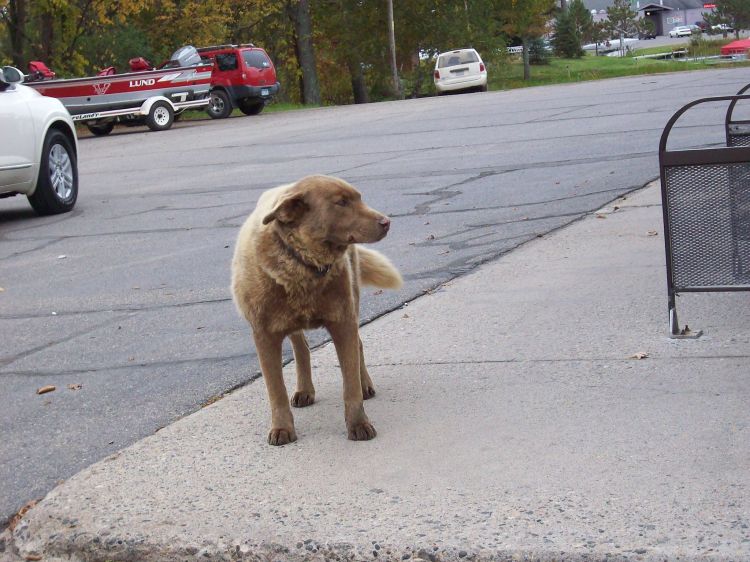 image via Bruno of Longville, Minnesota