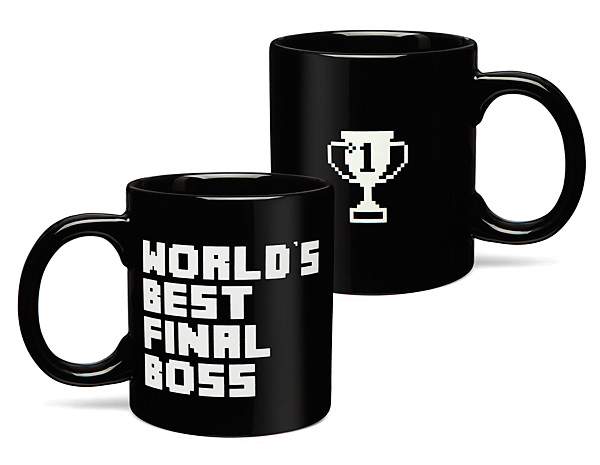 ThinkGeek has a ceramic mug with “World’s Best Final Boss” printed on one side and a pixelated first place trophy on the other. The mug is a play on traditional “World’s Best Boss” mugs that takes inspiration from the tough enemies typically found at the end of video games.

This mug is for the sort of boss who tells you during the interview that, no pressure, but your score on our Tron machine will determine your payscale. The sort of boss who’s coding alongside you late in the night with that “Just One More Level” sort of mentality. The sort of boss everybody wants. But it’s still best if you know his or her weak point. Just in case.