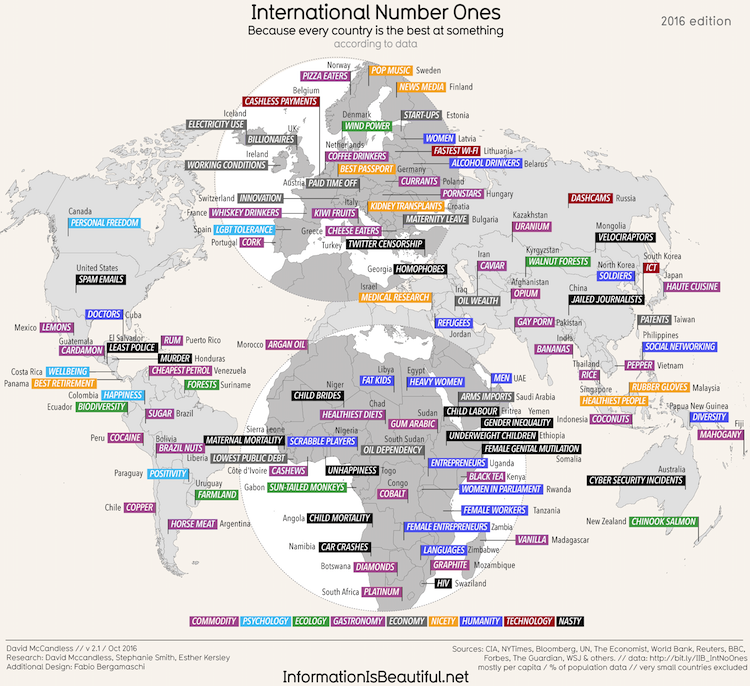 David McCandless of Information is Beautiful, whose visualizations we’ve previously posted, has created a really fascinating world map for 2016 that plots what each country does better than any other in the world. Being the best at something doesn’t necessarily mean that it’s good or even acceptable in any way. For example, the United States is best at spam emails, while China is best at jailed journalists, Georgia is best at homophobia and Somalia is best at female genital mutilation.

Because every country is the best at something.

The original map from 2010 to compare and contrast what has and hasn’t changed over the past six years. 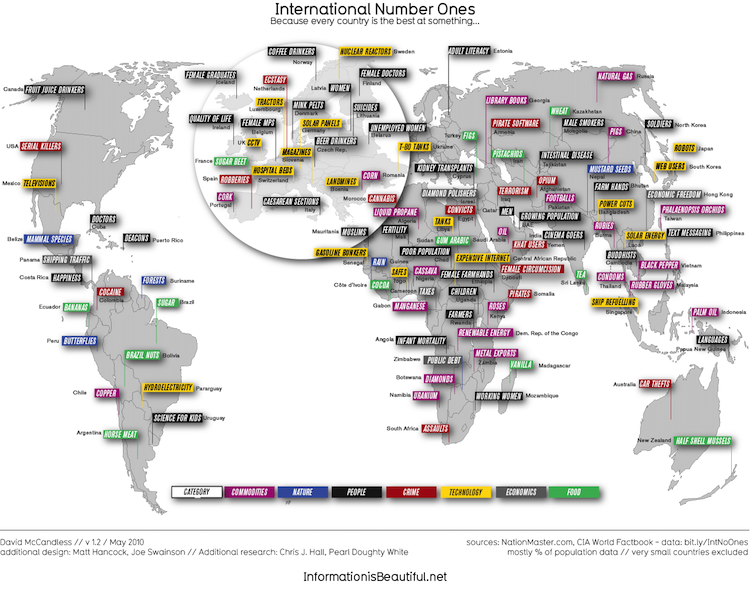