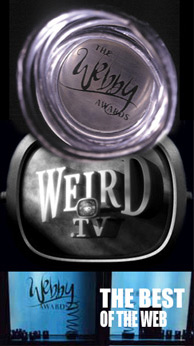 Weird TV was way ahead of its time, helping kick start the whole reality tv thing. It features coverage of strange art events and unusual video segments and was originally a Fox TV show, running from 1994 through 1996. After its run on Fox, Chuck Cirino took Weird TV online, where he continues to produce bizarre and humorous videos. Weird TV content includes the legendary 1994 Burning Man video, an amazing video on the 1995 Car Hunt event, as well as segments on The Cacophohy Society and much more great stuff.