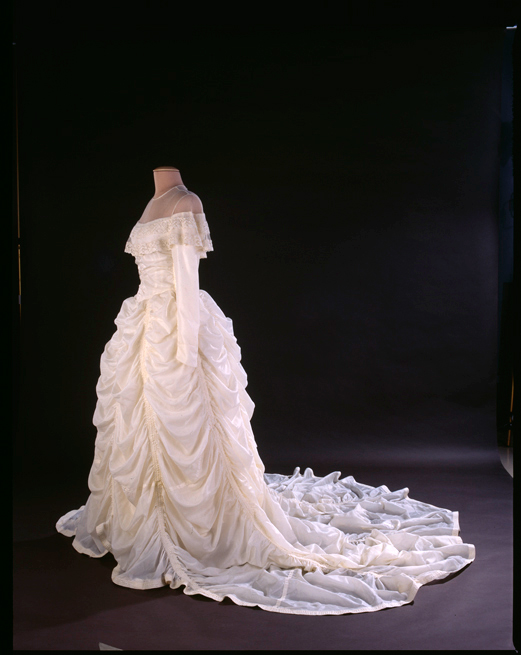 The year was 1944 and WWII pilot Maj. Claude Hensinger narrowly escaped death when he jumped out of an enflamed B-29 bomber plane. He used his parachute as a pillow and to keep warm while he was waiting to be rescued. Just a few years later in 1947, Hensinger proposed to girlfriend Ruth and offered up the life-saving parachute keepsake as the fabric to create her wedding gown. Inspired by the costume dresses from Gone With the Wind, Ruth and a local seamstress created this striking wedding gown that has now earned a spot in the prestigious Smithsonian National Museum of American History collection.