Much to the surprise of a homeowner and his various neighbors in a Daytona Beach, Florida neighborhood, a wayward Florida black bear with a full stomach was so determined to take a nap in a backyard hammock that he returned for a snooze a second time after being scared away from his first attempt at slumber.

He was laying back like he was a tourist or something and something spooked him and he ran through here fast and then I said, well, he’s gone. A half hour later he came back and there he is in the hammock again. 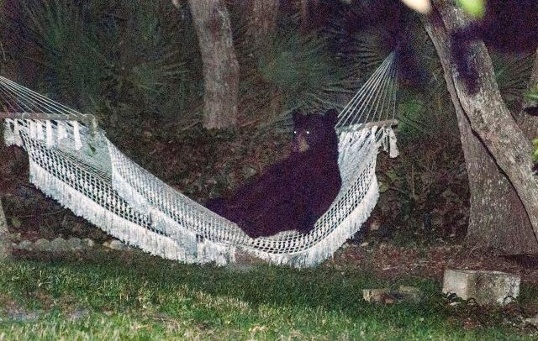 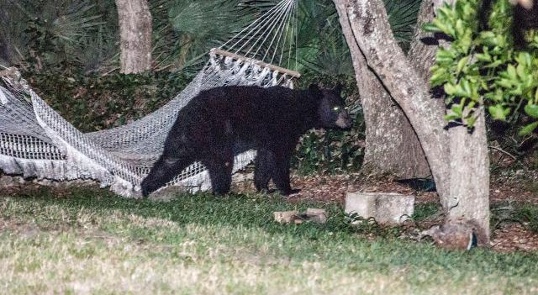 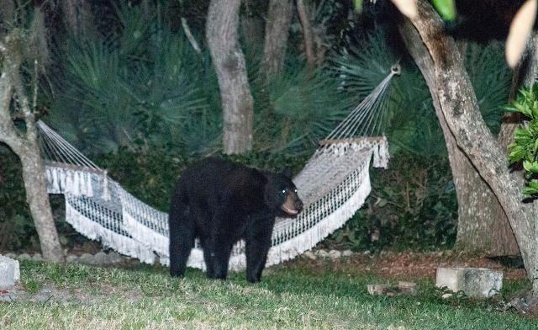 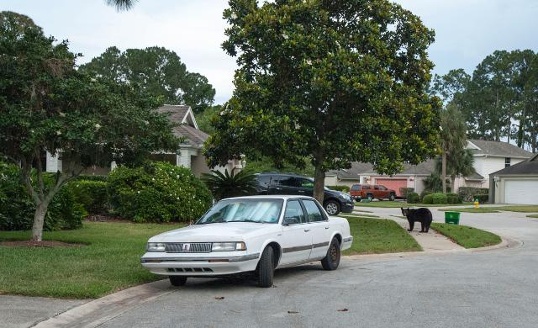 via WESH, Nothing To Do With Arbroath