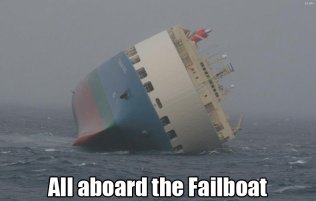 So Web 2.0, love it or hate it, is here to stay. Over the last four years it’s all we have been hearing about when it comes to tech. Companies using it, people blogging about it and so on. The good news is that there have been some attempts to reel in all of the hype. First there was the legendary, but now mostly dormant snark infested blog Supr.c.ilio.us, followed closely by GETV making fun of Web 2.0 using the increasingly popular format of web video. Then came Valleywag, part of Nick Denton’s Gawker empire, which went into high gear poking holes in Web 2.0 and the tech industry. Oh and then there was that Dead 2.0 guy.

We now welcome a new player to the game, Uncov.

Uncov burst on the scene in April, relentlessly going after the people and startups involved with the Web 2.0 world. The blog is written by three guys who, wait for it, have their own startup, Persai. It better be pretty damn awesome when it launches, considering the bar they have now set for themselves.

Recently uncov had a meetup at Mars Bar in San Francisco, where they made a point of specifically uninviting TechCrunch’s Michael Arrington (Mike is notorious for uninviting Valleywag writers from his parties). At the event they finally had a chance to meet their counterparts at Valleywag. I had the honor of introducing Valleywag’s Owen to uncov’s Ted. It will be interesting to see how the dynamic between these two blogs evolve. Here’s a follow-up from Ted of uncov. Andrew Mager was there as well and has some photos from the meetup.