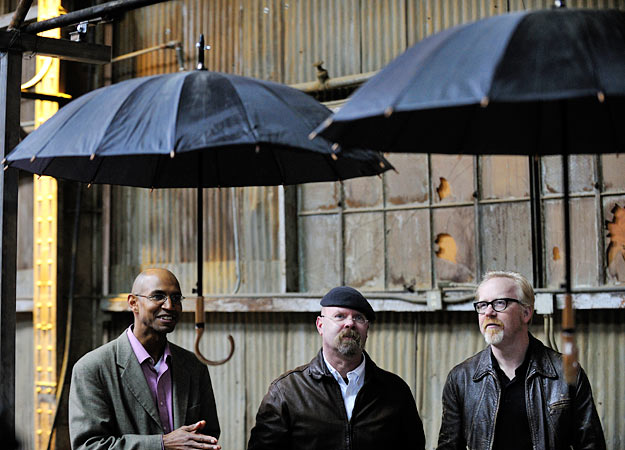 The premiere episode of Unchained Reaction — entitled (and themed) Heavy vs. Light — featured not only Jamie and Adam as judges, but Adrian Hightower, assistant professor of engineering at Harvey Mudd College, as well.

Erin McCarthy of Popular Mechanics recently interviewed Savage about the new show. Here’s what he had to say about where the idea came from:

Discovery approached us with a very broad mandate: Would you guys be interested in creating a show for us based on chain reaction machines? We came back with the caveat that we don’t like competition shoes, and in general we don’t like chain reaction machines for their own sake. We’ve done them, but we tend to find them somewhat limiting. So then Jamie and I started to talk about what would solve these problems for us. What would it take for us to be interested in being on this show?

I don’t like competitions as much as I really like the idea of two different people trying to solve the same problem. And I like the idea of that problem being either incredibly specific or really broad. So instead of your typical chain reaction machine where something trivial must happen at the end of it, or it’s a little nonsensical, we knew that what we wanted was the broadest [ground rules]. The theme of the [first episode] is heavy versus light. That’s the only axiom they had to follow. We gave them some other parameters, like it’s gotta have a certain number of steps and stuff like that, except that we also point out, you can break those rules. Just break them for a really good reason 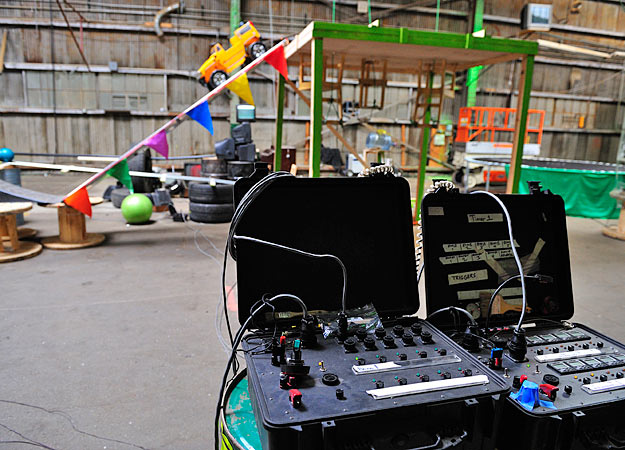 Wanting to use human interaction in their machine, Team Blecha Brothers decided to have their machine motivate the team members to do something that would trigger the next next link.