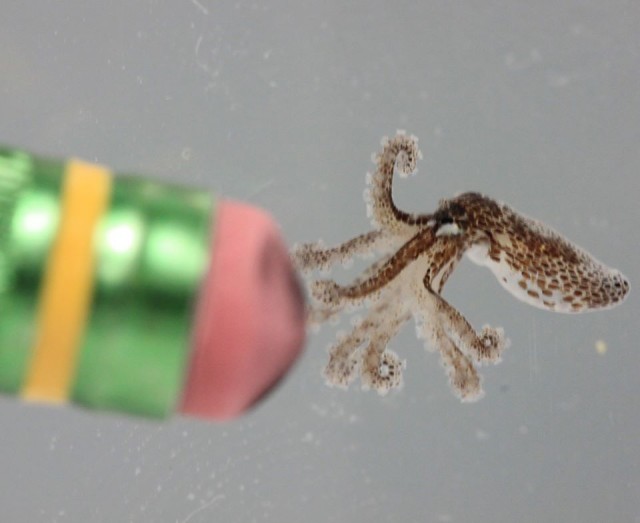 Tiny caribbean pygmy octopi babies (technically called larvae) recently came into the world at the Aquarium at Mote Marine Laboratory in Sarasota, Florida. According to the staff, the mother octopus had come to them after she had already mated. The octopi are born fully intact and can hunt almost immediately. Because of their minuscule size, however, they typically shy away from any attention until they have grown much larger.

Cephalopod Specialist Brian Siegel of The Aquarium at Mote Marine Laboratory in Sarasota recently had this Caribbean pygmy octopus (O. mercatoris) hatch. The momma octopus came from the wild, where she must have already mated, before she arrived at Mote and began laying her eggs. They hatched overnight between March 17-18. This species of octopus is nocturnal and the babies — you can see how small this one is compared to a pencil eraser and a penny — typically hide so they won’t be eaten by predators. They’re full grown at about the size of a silver dollar and eat small benthic invertebrates. 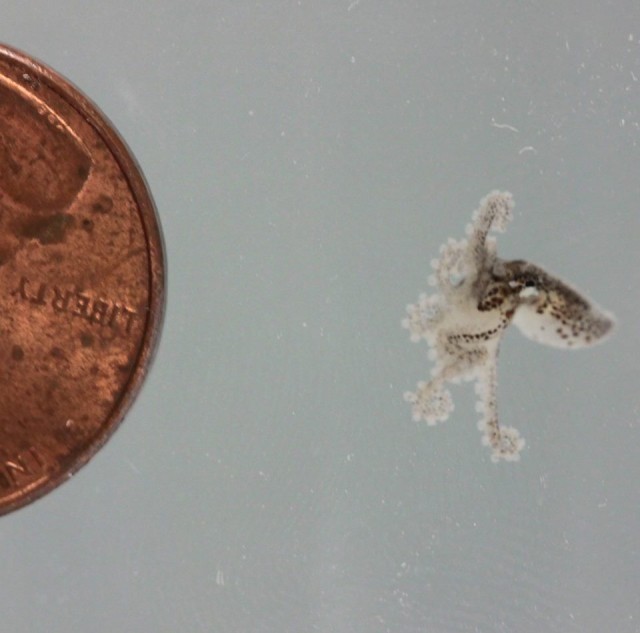