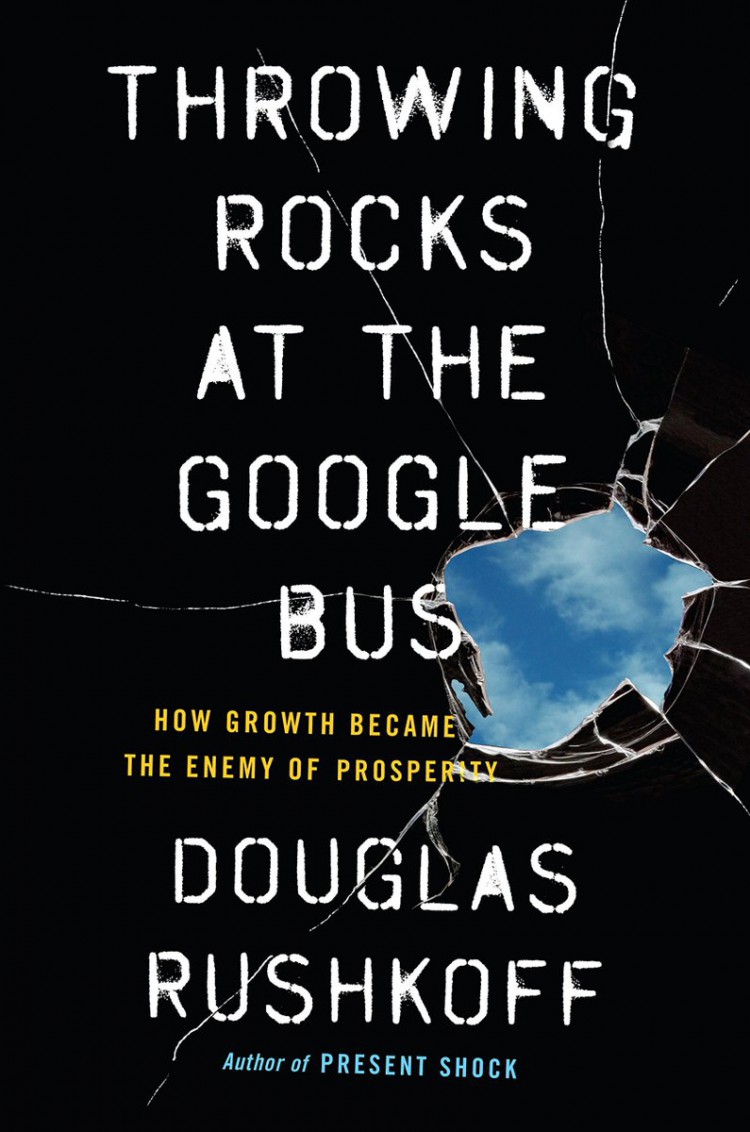 Throwing Rocks At The Google Bus, new book from author Douglas Rushkoff, addresses the very timely issue of the socio-economic split between ongoing advances in technology and the staid manner in which these very advances are implemented and communicated throughout the population.

When protesters shattered the windows of a bus carrying Google employees to work, their anger may have been justifiable, but it was misdirected. The true conflict of our age isn’t between the unem­ployed and the digital elite, or even the 99 percent and the 1 percent. Rather, a tornado of technological improvements has spun our economic program out of control, and humanity as a whole—the pro-testers and the Google employees as well as the shareholders and the executives—are all trapped by the consequences. It’s time to optimize our economy for the human beings it’s supposed to be serving.