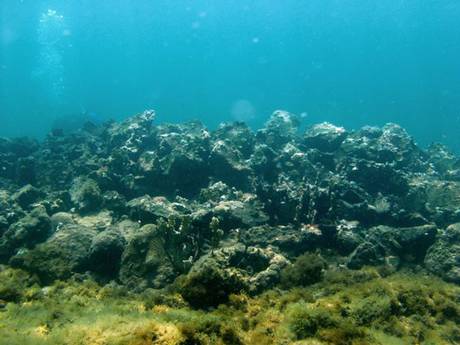 Debris from the vessel tentatively identified as the Santa Maria. Photo by Brandon Clifford

Today The Independent reports that the Santa Maria, the flagship of Christopher Columbus, may have been found by archeological investigators off the coast of Haiti. The Santa Maria sank in 1492 during Columbus’ first expedition to the New World. A team led by underwater archeological explorer Barry Clifford first photographed the wreck in 2003, without realizing the vessel’s significance. Armed with new archeological information, Clifford’s team returned to the site earlier in May to gather further evidence of the wreck’s identity. Based on photographs of vessel debris, as well as the location of the wreck, Clifford has announced that the Santa Maria has very likely been found. Clifford plans to undertake a full excavation of the wreck in order to confirm its identity, and possibly, raise it to the surface for preservation in a Haitian museum. 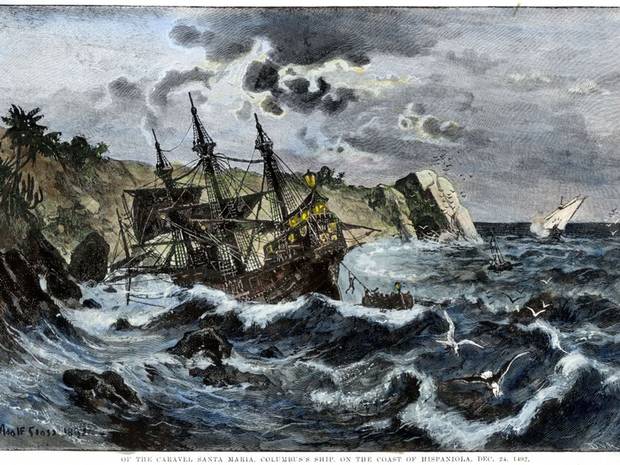 15th century illustration of the wreck of the Santa Maria. Image via The Independent