The Flying Robot International Film Festival (FRIFF), the world’s first open international competition dedicated to video shot by drones, is in its second year and recently put out call for entries for original “aerial cinema created from the perspective of flying cameras”. As reported in the past, FRIFF is the brainchild of Eddie Codel, an extremely talented videographer and good friend of Laughing Squid.

The Flying Robot international Film Festival is an open competitive drone film festival focused on aerial cinema created from the perspective of flying camera robots, also commonly known as drones. Festival participation is open to anyone around the globe. Entry fees are low. $10,000 in cash and prizes will be awarded to filmmakers of winning selections in all categories. 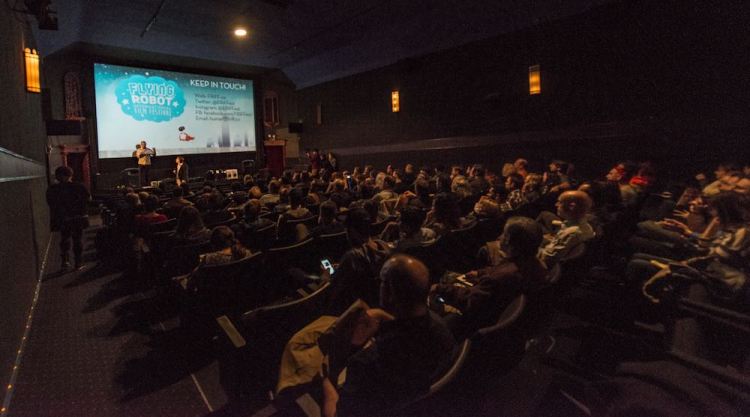