The Yamaha MotoBot, an autonomous concept humanoid with the amazing ability to ride a motorcycle, recently debuted at the 2015 Tokyo Motor Show and became the subject of a new promotion during which the MotoBot sang its own praises.

The way you ride is both beautiful and exciting. I am not human but there has to be something only I am capable of. I am MotoBot. I was created to surpass you.

Ego aside, this is an amazing feat of technology.

This is an autonomous motorcycle-riding humanoid robot built around a fusion of Yamaha’s motorcycle and robotics technology. R&D is currently underway with the goal of developing the robot to ride an unmodified motorcycle on a racetrack at more than 200 km/h. The task of controlling the complex motions of a motorcycle at high speeds requires a variety of control systems that must function with a high degree of accuracy. 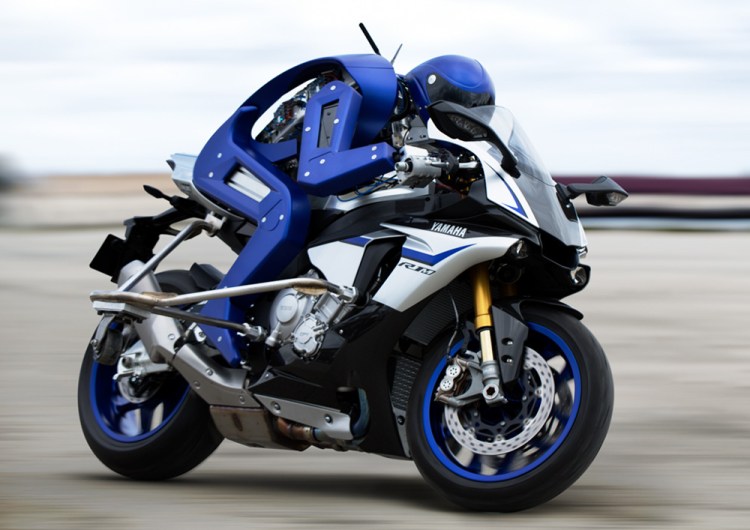 via TechXplore, The Mary Sue