Amazon Studios, in partnership with Sony Pictures, has released the official trailer for the semi-biographical film Elvis & Nixon which tells the story of the impromptu historic meeting, which resulted in the most requested photo from the United States National Archives.

On a December morning in 1970, the King of Rock ’n Roll showed up on the lawn of the White House to request a meeting with the most powerful man in the world, President Nixon. Starring Academy Award® nominee Michael Shannon (Best Supporting Actor, Revolutionary Road, 2008) as Elvis Presley and two-time Academy Award® winner Kevin Spacey (Best Actor, American Beauty, 1999 and Best Supporting Actor, The Usual Suspects, 1995) as Richard Nixon, comes the untold true story behind this revealing, yet humorous moment in the Oval Office, forever immortalized in the most requested photograph in the National Archives.

This is our most-requested photo. Here's the story of how it happened: http://t.co/Co22Z8gTHq #Elvis80 #Elvis pic.twitter.com/jtAhLo12cw 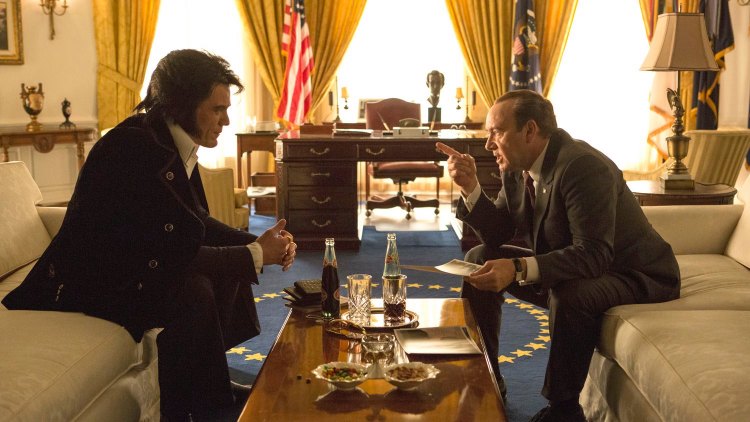