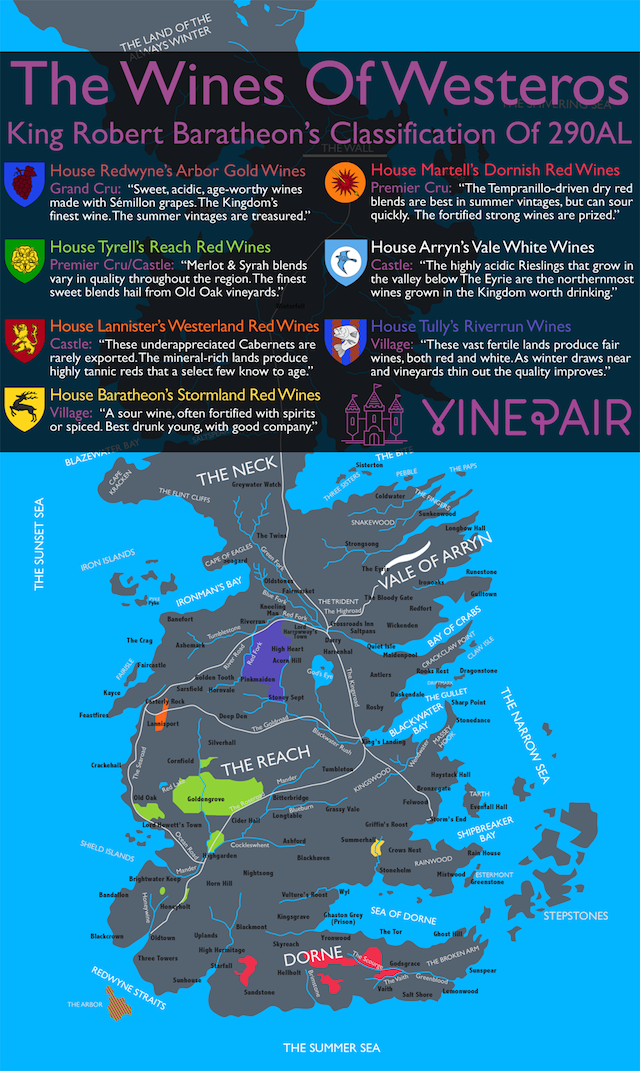 The folks at VinePair have put together this wonderful infographic plotting and reviewing what they imagine to be the “Wines of Westeros” from the HBO series Game of Thrones. It’s handy information to have when traveling thirstily through the wine country of George R.R. Martin‘s mind.

With all that wine being drunk, all the time, we realized that there simply had to be other wines being grown on Westeros. Wine, however, isn’t the easiest thing to grow. Predictable seasons define a grapevine’s lifecycle. The only logical explanation is that in a world where magic stretches winters and summers out over many years, a benevolent hand aids everyone’s favorite grape. And as long as magic is at work, we’ll speculate further that wine can grow in a few climates that would be rather inhospitable back here on Earth. While the Starks weren’t growing any wine in The North, we’ve ‘discovered’ Westeros’s other wines.