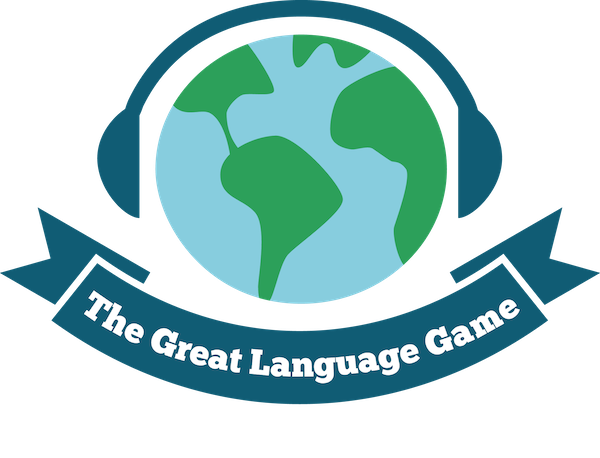 The Great Language Game is an interactive worldwide game that challenges players to identify languages by listening to the language being spoken. Created by Australian engineer Lars Yenken, the game features 87 languages.

The Great Language Game challenges you to distinguish between some eighty or so languages based on their sound alone. In each game you’re allowed three mistakes, which are kept for you to study at the end. If you’re feeling competitive, share your score with some friends and compete for some serious bragging rights. 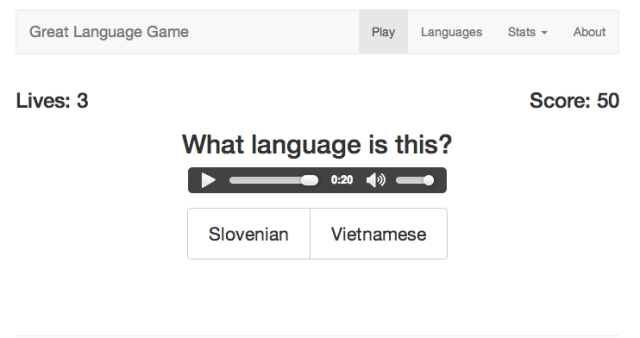 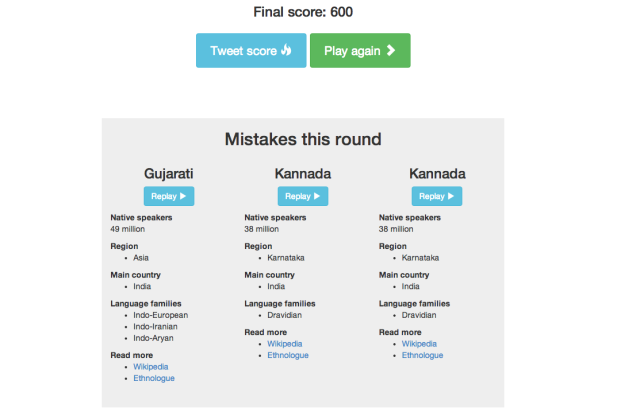 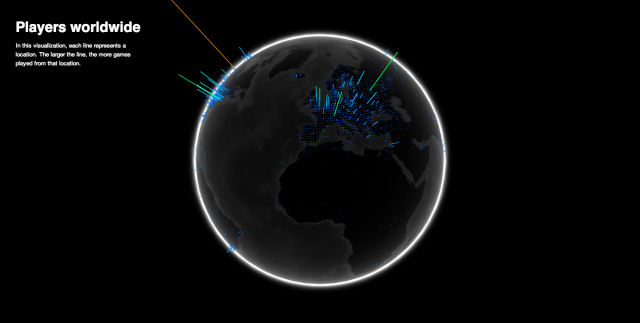