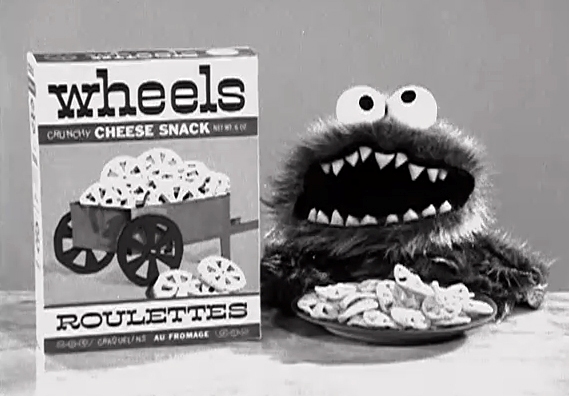 A sharp-toothed prototype of the Cookie Monster makes his first appearance as the Wheel Stealer in a 1966 unaired pilot ad for General Foods Canada’s Wheels, Crowns and Flutes snacks. According to Muppet Wiki, the “Wheel-Stealer” puppet then went on to star in an IBM training film called The Coffee Break Machine. Later, he appeared (toothless) as Arnold the Munching Monster for a Frito-Lay Munchos commercial. Cookie Monster eventually made his debut on Sesame Street in 1969.

First, of course, he was the Wheel Stealer. This purple-ish hungry character was also used in early 1969 as Arnold the Munching Monster for a Frito-Lay Munchos commercial. A green version ate up a blinking machine on Ed Sullivan’s show and devoured a computer in an IBM meeting film. Ultimately, he was remade in blue without teeth and continues to be the friendly, insatiable Monster on Sesame Street and recently as a surprise guest on Saturday Night Live. 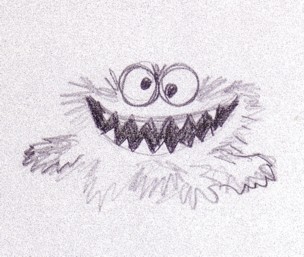 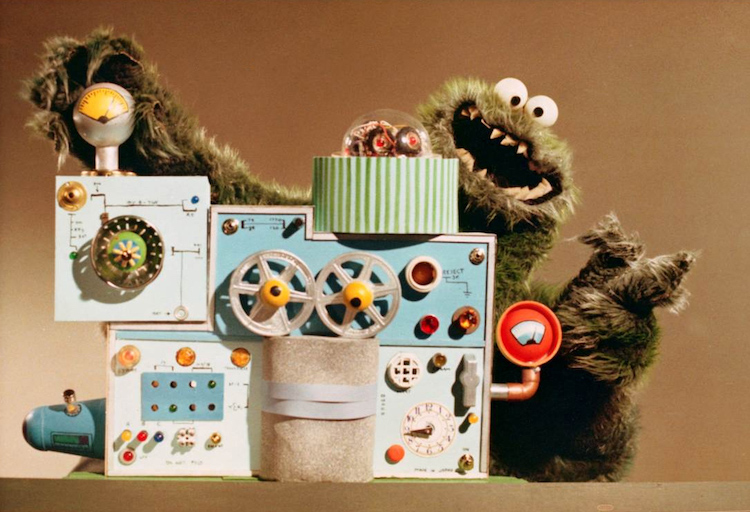 A proto-Cookie Monster wanders upon a talking coffee machine that has been set in “Auto-Descriptive” Mode. As the machine describes its parts, the monster eats them. Once the machine is finished, the voice of the machine from inside the monster tells him that he has activated the anti-vandalism program, which harbors the most powerful explosives known to man. The monster instantly combusts. The version on the Ed Sullivan Show is slightly different; in this version, the machine itself is an explosive device. 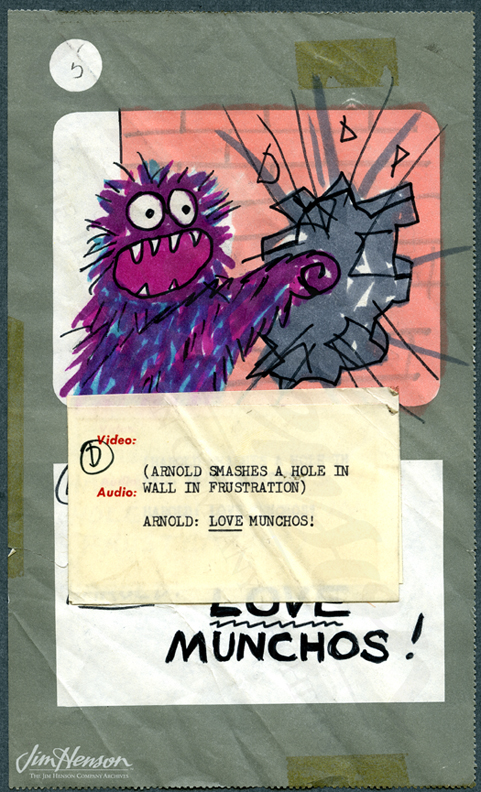 via Miss Cellania and Everlasting Blort