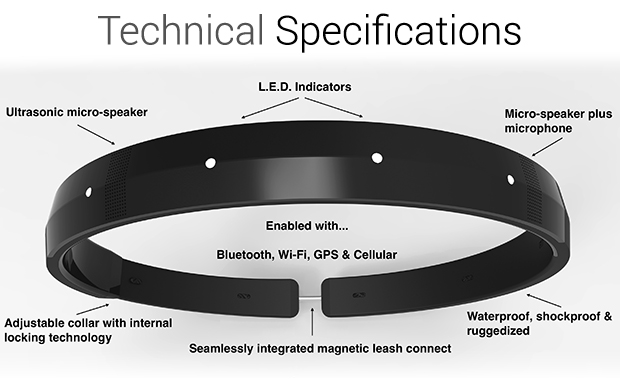 The Connected Collar by DogTelligent is a smart collar for training, tracking, and communicating with dogs. It features wireless, Bluetooth, and cellular connections as well as GPS tracking in case an animal becomes lost. The collar pairs with a smartphone app that allows users to trigger ultrasonic frequencies, vibrations, and a simulated leash tug to cue dogs for training or bark prevention. Users can set a range from their phone, and if the dog walks beyond that distance the system alerts both the dog and its owner.

Another interesting feature is that the collar also allows for two-way communication. Dog owners can use the app on their phone to speak to their furry friend, and the collar features an onboard microphone in case the dog speaks back. This is similar to the collar communication system used by Inspector Gadget‘s niece Penny and her dog Brain, but that system also used cameras.

DogTelligent is currently raising funds to bring their collar to market with an Indiegogo campaign that has already well exceeded its initial goal. Backers who pre-order the device are expected to receive it in August 2015, and DogTelligent says the Connected Collar is just the first in a series of connected products for pet owners. 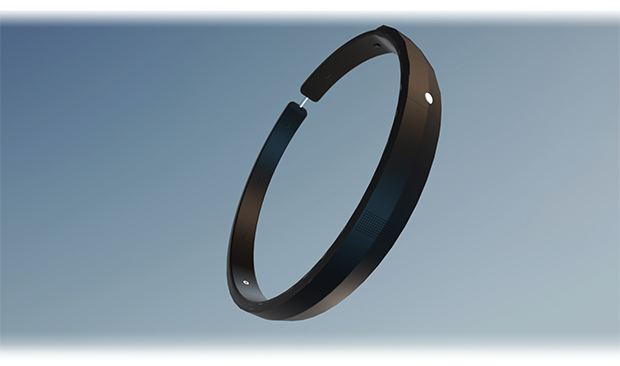